Chaos, flaps and lots of death await you in God’s Trigger, the new co-op top-down shooter from developer One More Level and Techland Publishing.

Imagine It’s Apocalypse and ALL Go There

The story of God’s Trigger is quickly explained. You slip into the roles of Harry, an angel banished from heaven, and Judy, a demon on the run. Together you must stop the impending Apocalypse and find and kill the four horsemen better known as Death, Hunger, War and Plague.

The Tools of Heaven… and Hell

For this job, Judy and Harry have several murder tools at their disposal. On the one hand their own weapons, Harry’s sword of angels or Judy’s chain of hell. On the other hand, they can pick up the countless weapons of their opponents and use them to wreak havoc and destruction. There is everything the shooter heart desires, from the Indian throwing axe to the Teslage rifle.

In addition, the unequal pair possesses supernatural abilities with which they can make short work of opponents in battle with the hordes.

Harry, for example, has a sprint with which he can advance, throw opponents to the ground or break through doors and walls. Judy’s a little more subtle with her teleportation, but no less deadly. Like Harry, she can throw nearby enemies to the ground for a short time or beam them through bars and flame walls.

In addition, the two have access to various ultimate abilities, which fill up with each killed opponent. Judy can throw a dark vortex, for example, which pulls enemies standing around onto a pile and makes them more susceptible to surface attacks. Alternatively, it can summon doubles that can explode in contact with enemies.

You can also improve these abilities by earning experience points for each character in the different levels. You can then increase the duration or range or reduce the cost of using the abilities.

So you can adjust Harry and Judy as you like before each new level. 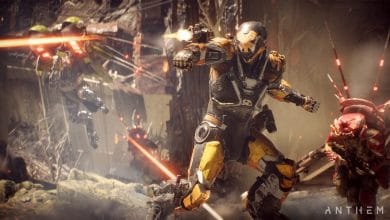 Anthem (PC) Review: Is It Really That Bad?