The Azio Fokal Keyboard is a special keyboard. This is not least due to its unusual design, which is reminiscent of old compact cameras. In addition, it is wireless and offers a decisive advantage for frequent writers thanks to its mechanical keys. Anyone interested in this very special keyboard can support the crowdfunding campaign on Indiegogo.

A very special piece of hardware

The Azio Fokal comes in a case covered with real leather. It also has a unique retro design with recognition value. But the keyboard’s special features don’t stop there. It also has a very special layout. It simply reduces the tenkeyless layout and does without both the numpad and many function keys.

But not only a lot of keys are deleted. The Azio Fokal Keyboard uses new input methods. A 7-way rotary control allows you to make adjustments. It’s no coincidence that it looks a lot like a camera lens. This control can be especially useful for multimedia functions. It can be used to control lighting and music playback in a practical and convenient way. The knob is also a joystick that allows you to control the operating system.

The Azio Fokal Keyboard is a wireless keyboard. But this keyboard does not rely on batteries. A gigantic 5.000 mAh battery was installed, which is supposed to offer a very long runtime. The manufacturer speaks of a runtime of up to a quarter of a year. Prerequisite is a usage time of six hours per day with an average bright keyboard illumination. Should the battery become weak, it is recharged via the USB-C port. It’s amazing that the Azio Fokal Keyboard relies on battery operation despite the mechanical keyboard. It is an absolute exception here. Special buttons make this possible. These are not from industry leader Cherry, but from Gateron.

Anyone in our fields who is interested in the Azio designer keyboard has to dig deep into their pockets. The manufacturer charges 194 USD for the keyboard itself. As additional shipping costs are inevitably incurred, the purchase price is the equivalent of 210 euro. With this, however, you only get the basic version. If you want to buy the separate number pad in addition, you have to pay the equivalent of about 71 Euro. Since the campaign has more than quadrupled its goal in the meantime, nothing should stand in the way of the execution of the campaign. The delivery should already start in April 2020. 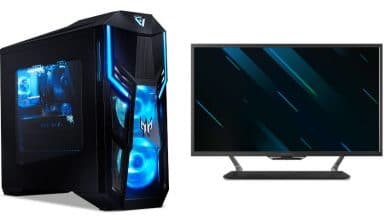 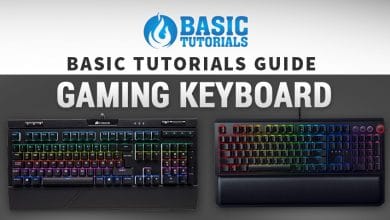 Basic Tutorials Guide: How to Find the Perfect Gaming Keyboard!