3D printers are becoming increasingly popular and can prove to be an optimal production site for small personal Christmas gifts, especially in the run-up to Christmas. Anycubic’s timing could hardly be better. Just in time for Black Friday, the 3D printing expert is offering many of its products at a discounted price. For all those who can’t wait, the Early Black Friday already offers promising deals. The promotion lasts from November 18 to a maximum of November 28 on Amazon, from November 20 to November 30 on Ebay, and from November 20 to December 4 on Anycubic’s official website. Let’s take a look at the highlights.

The Kobra series is probably the most diverse from manufacturer Anycubic. Firstly, there is the Kobra Go, which with its compact dimensions is perfect for those who do not have too much space in their own four walls. Moreover, thanks to its low weight, it is also easy to take along. As part of Early Black Friday, the handy 3D printer is available on Amazon from November 18 to November 28 for 219.00 euros and on the official manufacturer website from November 20 to December 4 even from 209.00 euros. You can really save on eBay. Here you can get the compact 3D printer from November 20 to November 30 for 188.00 Euro.

If you have more space at home, you can also reach for the larger models of the Kobra series. On the one hand, there is the classic Kobra. Among other things, this one scores with an impressive print speed of up to 180 mm/s. During Early Black Friday, you can buy it from Amazon for 264.00 euros instead of 329.00 euros. At eBay you can even get it for 229,00 Euro within the promotion period.

Kobra Max and Kobra Plus then step it up a notch and are also aimed at professional users given their size and technical features. The Kobra Plus is available from Amazon for 467.00 euros instead of 599.99 euros. The flagship in the Kobra series is the Kobra Max. You can also save a lot on it during Early Black Friday. It only costs 525.00 euros instead of 569.00 euros on the official manufacturer’s website.

Moving on to the Anycubic Vyper. This 3D printer scores not only with automatic leveling. On top of that, a magnetic platform ensures that you get perfect printing results. While the 32-bit motherboard in combination with the powerful main control chip of the Cortex-M3 architecture ensures fast and precise printing, the integrated TMC2209 silent driver guarantees the lowest possible operating noise. The large print size ensures that you can print even larger objects comfortably.

During Early Black Friday, you can also grab this 3D printer from Anycubic for the attractive price of 319.00 euros on Anycubic’s official website or for just 287.00 euros on Ebay.

A real boon for all tabletop fans is certainly the Photon series from Anycubic. The 3D printer expert has also drastically reduced the price of these models. The most exciting of these is certainly the Photon M3 Max. Thanks to its high contrast ratio and its resolution of 7K distributed over 13.6 inches, it not only offers excellent print results that are bursting with details. On top of that, thanks to its small monochrome display, it also comes with an extra portion of user comfort that you won’t want to miss anytime soon. You can secure the flagship 3D printer during Early Black Friday for 989.00 euros.

Furthermore, you can save on the following printers in the Photon series:

Without printing fluid, there is nothing going on in 3D printers either. That’s why Anycubic has the right fluids on offer as part of its Early Black Friday deals. In addition to the standard UV Resin, which costs only 26.39 euros instead of 32.99 euros, you can also secure the washable Water Wash Resin at a price of 30.39 euros instead of 37.99 euros. 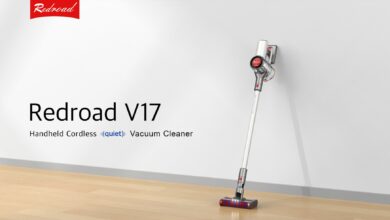 Anycubic Photon M3 review – How fast and precise is it really?

3D printers are becoming increasingly popular and can prove to be an optimal production site for small personal Christmas gifts, especially in the run-up to Christmas. Anycubic’s timing could hardly be better. Just in time for Black Friday, the 3D printing expert is offering many of its products at a discounted price. For all those … (Weiterlesen...)