The American memory specialists of Micron Technology developed the probably fastest SSD of the world according to a press release of the enterprise. The Micron X100 uses the 3D Xpoint phase change memory developed jointly with Intel and is expected to achieve a sequential data rate of 9 GByte/s. The SSD is based on a new technology, which is based on the Intel X100 technology. This would make the SSD even faster than the current front-runner Samsung‘s PM1733.

The Micron X100 comes onto the market exclusively as a PCIe Gen3 x16 plug-in card. In addition to the speed records for reading and writing, the 2.5 million IOPS (input/output operations) and an average latency of 10 µs are also record-breaking.

Partner companies are expected to receive the first batches of the Micron X100 in the fourth quarter of 2019. However, the manufacturer has not yet published the available capacities and prices. Whether the speed record will remain in Micron’s hands for a long time, however, is questionable, as the new partner Intel has also announced the “Adlerstream” successor of the current “Coldstream” SSDs. 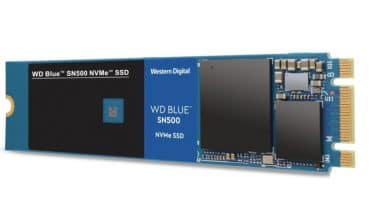