Apple receives a 30 percent commission on all sales made through the App Store. In recent weeks, this has led to a dispute with Epic Games, Fortnite’s developer, who wanted to offer in-app purchases outside the Apple ecosystem. In the meantime, the popular game has been removed from the App Store. The conflict will now be settled in court. In addition, Apple has forbidden other developers, including also Facebook, to include references to the 30 percent commission in their apps.

In a statement to the magazine The Verge, the company explained that the high commission was necessary to finance the servers, the developer tools and the test systems. According to Apple, the commission will also be used to test new apps and updates in order to offer users a secure overall system with controlled quality.

However, as postings in some forums, including Reddit and Ycombinator have revealed, Apple behaves differently towards other companies and tries to prevent commission payments if possible. An example of this is the Apple Music App, available in the Google Play Store, which allows subscriptions to be taken out and renewed outside the platform.

Normally Google also charges a commission of 30 percent. However, Apple’s system often bypasses these payments because the app allows an alternative payment method to be stored. This is allowed according to Google’s guidelines, but in view of Apple’s behavior towards Epic and other developers, it is hypocritical in the eyes of critics.

On Reddit the user SupremeFuzzler writes: “If Apple really cared about the user experience for their own app, they would use Google’s IAP (In-App-Purchases), which is objectively easier to use for consumers”.

So it remains an insipid aftertaste, because while Apple is legally sound and the decision also makes good business sense, their own principles, such as the demand for usability and security from their own terms and conditions, are circumvented if possible to avoid commissions. 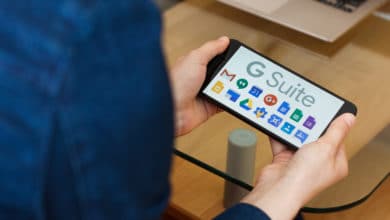