The office experts from Hewlett Packard (HP) have introduced new monitors that can shine with some exciting features. These are clearly commercial monitors for the classic office routine. The 24-inch E24u G4 comes with a Full HD resolution, the 27-inch E27u G4 in turn with a sharp WQHD resolution. But not only the picture is sharp. On top of that, the monitors offer many ports, including a USB-C port with an impressive 65 watts of power. The positive overall picture is rounded off with an extra portion of ergonomics. Thus, HP relies on a four-way adjustable base.

If you compare the now presented E-series with HP’s low-priced M-series, the additional features are immediately noticeable. This already starts with the display. Here, HP relies on a high-quality IPS panel that should be sufficiently bright with 250 cd/m² even in bright office rooms. Besides a high brightness, the black levels also seem to be good. Finally, HP quantifies the contrast with a ratio of 1,000:1. Thanks to a response time of 5 ms (with overdrive turned on), you will also be able to gamble a round or two on the two monitors.

Many connections and pleasing ergonomics

You immediately notice that the two monitors were developed for long workdays in front of the PC. This becomes especially clear when it comes to ergonomics. This is written in capital letters in both models. The display of the mini-tors can not only be adjusted in height thanks to the practical stand. You can also adjust the tilt according to your own preferences. HP does not compromise on the connections either. Among other things, DisplayPort 1.2 with input and output is available for connecting the desired image source. Thus, the monitors also enable a practical series connection of several screens. If that is not enough, you can also use the HDMI 1.4 port. Furthermore, you will find four USB-A ports and one USB-C port. The latter allows, for example, connecting a notebook and supplying it with power at the same time thanks to a 65 watt power supply.

HP clearly accommodates the user not only with the practical customization options of the monitors. On top of that, the manufacturer also installs a technology that is supposed to clearly reduce the amount of blue light in the display. This prevents sore eyes after long workdays. The manufacturer’s choice of materials also sounds positive. According to its own information, it is recycled material. Those who want to provide an appropriate sound can also help themselves to HP. The Speaker Bar in the form of the HP S101 is available as an option. The manufacturer also offers a suitable holder for a mini-PC. Here, you can use the HP B300 PC Mounting Bracket to attach the small computer directly to the stand.

That sounds like a well-rounded deal to you? Then you don’t have to wait much longer to get your hands on it. HP wants to launch the two monitors before the end of February. However, we don’t know anything more about prices in this country yet. In the US, they are supposed to cost 219 US dollars and 339 US dollars, respectively. 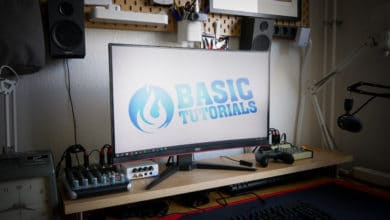