With the P20 Pro, Huawei has released a new flagship that should set an example and revolutionize the smartphone world. This is to be achieved above all with the help of the new camera, which is described as groundbreaking. Huawei wants to impress and wants to achieve this – at first glance at least – through quantity. The Asian manufacturer, for example, has three cameras on the back of the new smartphone and is proud to announce that 40 megapixels will revolutionise photography.

These advertising statements should not be trusted. Nevertheless, some things can be seen from these statements: Huawei is enormously self-confident, has created a unique selling point and is now forced to deliver an actually much more than solid smartphone.

While most manufacturers have been relying on the tried and tested lately and have held back with outstanding announcements, Huawei has taken the courageous step forward and cleverly draws attention to his new smartphone. This is precisely what we have subjected to an extensive test. Can the Huawei P20 Pro really trigger a smartphone revolution? Is it noticeably different from the solid mush of recent times? Does it deliver what it promises?

First of all it is noticeable that the smartphone is comparatively long. The display is already anything but reserved with a diagonal of 6.1 inches. In addition, there is a small border below the display that stretches the smartphone even further. However, it is not remarkably broad.

The back is far less conspicuous than that of its predecessor. The camera can now be found in the corner and is arranged in the same way as the new iPhone. The fingerprint sensor is located on the front of the P20 Pro, which explains the border below the display. He is accommodated there in a homebutton mounted especially for him. The front mounting of the upper sensors results in a curiosity: at the top there is an omission in the screen – called Notch. Correspondingly little edge can be found above the display. At the bottom, on the other hand, there is a rather thick border to allow space for the fingerprint sensor technique. At first glance, these unusual proportions seem abstruse, but explicitly do not represent a point of criticism. Already after a comparatively short period of use one has become accustomed to Notch.

The workmanship of the device is, however, very good and offers no cause for criticism. Glass can be found on both the front and back, while the frame is made of aluminium. All transitions from glass to aluminium are well made and therefore hardly noticeable. The transition to the display, on the other hand, can be felt, but this doesn’t have an annoying effect, as the edge is not sharp and therefore doesn’t interfere with use.

A 3.5 mm jack connection is not available. If you want to listen to music via directly connected headphones, you have to use the supplied adapter. It is also not possible to insert memory cards. Users must get along with 128 GB. 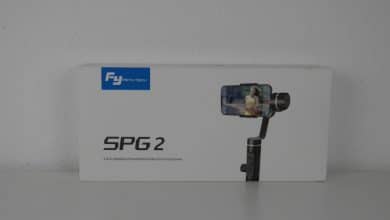 Gigaset GS270 Plus Review: A Lot of Performance for Little Money