A gigantic electronics company is leaving the lucrative (for other manufacturers) smartphone market – LG. What might sound like a real bang for the average user, has been clear to experts for quite some time. After all, the exit of the popular company has already been rumored. Now LG has confirmed the rumors. In the course of 2021, the South Koreans will be stamping out their smartphone division.

Of course, the company has understandable reasons for the exit from the smartphone market. First and foremost, economic aspects play a very large role here. This industry has been characterized by increasing competitive pressure for years. Before LG writes red figures in this highly competitive segment, they would rather get out completely and concentrate on other industries. First and foremost, the popular OLED TVs certainly play a major role. However, devices for the smart home and car parts are also to receive a greater focus in the future.

Of course, the smartphones released to date will still be sold, but further production is out of the question. Thus, only the smartphones that have already been produced will be sold. Those who still want to quickly secure an LG smartphone now probably do not have to worry about updates and reliable customer support – at least for now. After all, the South Korean company has made it clear that both updates and a corresponding support will last.

It won’t be long before the smartphone division is shut down. Thus, the end should already be on July 31, 2021. But the company is not really leaving the smartphone market. What many people do not know is that LG has always played a supporting role for other manufacturers. The company supplies many different components for other smartphone giants. The best-known example is probably the high-quality OLED displays that other manufacturers benefit from. Since the hype about the high-contrast and color-intensive displays has grown more and more in the past few years, LG has been able to achieve great success here. However, the company also wants to be active outside of high-quality displays. For example, LG wants to devote many resources to the development of the new mobile phone standard 6G.

The departure of a real greatness

A look at smartphone history shows that a real generational change has taken place in recent years. LG was one of the true pioneers in the smartphone industry, alongside companies like Apple, Sony and HTC. While Apple is still one of the market leaders with its unique-selling point iOS, the other Android smartphones have meanwhile had to clear the field for other manufacturers. The Chinese smartphone manufacturers probably play a decisive role here in particular. Well-known examples are Xiaomi and Huawei. However, one of the biggest competitors – Samsung – also comes from South Korea. However, we have to assume that Samsung owes its still significant role to the US embargo against Huawei. Otherwise, Samsung would probably have been replaced by Huawei as well. This can be traced back to real predatory pricing as well as the high government subsidies Chinese companies benefit from.

But the departure is not only due to increasingly strong competitors. On top of that, LG has made many strategic mistakes in the past. First and foremost, the smartphones were simply no longer up to date. The South Koreans simply could not keep up with the competition anymore. On the other hand, LG always charged prices that were higher than those of comparable devices from other manufacturers. Last but not least, the company could not generate a real fan base due to comparatively poor support. As a result, many owners of an LG smartphone often switched to another manufacturer for the successor device. Due to the combination of these and other factors, LG’s smartphone division continued to decline.

Of course, it’s always sad when a company finds itself forced to vacate an industry. After all, as the number of players in the market decreases, so does the competition that smartphone manufacturers face. This usually means rising prices for us end customers. However, we probably don’t have to worry about that in the smartphone sector. After all, it currently feels like new companies are entering the smartphone market every month. Above all, the Chinese companies always surprise us with real price-performance hitters. We hope that the economic losses due to the last few years on the smartphone market do not weigh too heavily for LG. Maybe the South Koreans will even decide to make a small comeback following Nokia’s example. We remain curious! 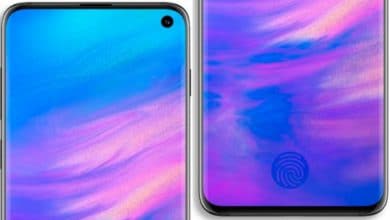 A gigantic electronics company is leaving the lucrative (for other manufacturers) smartphone market – LG. What might sound like a real bang for the average user, has been clear to experts for quite some time. After all, the exit of the popular company has already been rumored. Now LG has confirmed the rumors. In the … (Weiterlesen...)