In addition to the Quad camera smartphone Motorola One Zoom for 429 Euro, the Chinese company Motorola also presented the entry-level device Motorola Moto E6 Plus at IFA 2019 in Berlin, which will be launched in Germany for 139 Euro. This is the successor to the Motorola Moto E6, which the Lenovo subsidiary has offered exclusively in Canada and the USA.

With its favorable price the Smartphone starts against other a riser devices such as the 169 euro expensive 169 euro Gigaset GS190 or the 119 euro expensive 119 euro Gigaset GS110. The equipment has for it a 6.1-Zoll-Display with HD+ resolution (1,560 x 720 pixels) in the format 19.5:9. The Mediatek Helio P22 MT6762 SoC with eight cores was already with the predecessor on board. The basic version has 2 GB RAM and 32 GB internal memory, at an extra charge there is 4 GB RAM and 64 GB internal memory. This can be expanded to a maximum of 512 GB via a microSD card.

Despite the low price, the Motorola Moto E6 Plus has a dual camera with 13 megapixel main sensor and 2 megapixel additional sensor as well as a front camera with 8 megapixel resolution. The fingerprint sensor, which is also available, is located on the back of the device. Alternatively, the smartphone can also be unlocked by face recognition. The 3,000 mAh battery is charged via Micro-USB. Unfortunately, the Motorola Moto E6 Plus doesn’t have NFC, which excludes the use of Google Play. On the other hand, it’s positive to note that the smartphone still has a 3.5 mm jack connection.

Xiaomi: 2021 will bring smartphones with cameras under the display 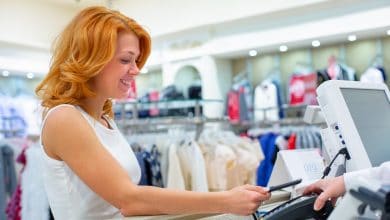 How Does NFC Work?