For a long time it was quiet about hacker attacks in the consumer electronics industry. We can all certainly remember major attacks against Sony’s PlayStation Network (PSN) or other services of the gaming community, for example. Now there is said to have been another major attack. The target was the gigantic COD community. A total of 500,000 accounts are said to have been affected.

Theft of the accounts

A huge hacker attack against publisher Activision has become public. On September 20, 2020, a total of 500,000 accounts are said to have been stolen. A security hole in the Activision database is said to have made it easy for hackers. The first to report about the theft was the Twitter user “oRemyy”. After other users of the short message service confirmed the statement, its authenticity was confirmed. The hackers could not have been laymen. After all, the data of almost 1,000 accounts is said to have been read out within 10 minutes. According to this, the security department of Activision must have noticed the attack only after one hour.

After Activision was silent for the time being to the incident, the large Publisher gave now opposite the colleagues of Gamespot a short statement. The company denied the theft of important data from Call of Duty users. Thus Activision said literally: “Activision Call of Duty accounts were not compromised. Reports that say otherwise are not correct.” Of course, this reassures many users at first. But caution is known to be the mother of the china box. Accordingly, we strongly recommend that players of Call of Duty titles change their password.

Not only PC players should act

The Activisions database is data that is stored in plain text. Accordingly, not only PC users of a Call of Duty title should act accordingly. Also, if you play games like COD: Warzone over PlayStation Network (PSN) or Xbox Live, you should act if possible. In the best case, you should unlink the account to Activision. 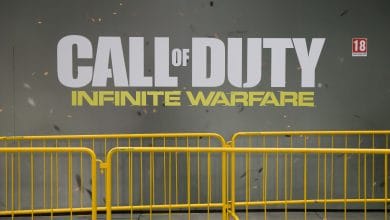