Adobe has confirmed the acquisition of competitor Figma. Figma operates a UI and design platform that acts as an alternative for Adobe XD. The company has spent $20 billion on the acquisition, but the deal is still a long time coming.

Figma offers with the platform of the same name a tool for brainstorming, as well as UI and UX design, which marks a direct competitor to Adobe XD. Together, the two companies have now confirmed the acquisition in a press release, which Adobe is asking for around $20 billion – combined in cash and stock.

“The combination of Adobe and Figma will usher in a new era of collaborative creativity,” Adobe promises in the press release. No doubt a smart move, Figma has become one of the most successful startups in its segment in just a few years and was worth $10 billion last year, according to Forbes.

Figma is initially expected to continue its operations independently, with co-founder and CEO Dylan Field continuing to lead the company and report directly to David Wadhwani, president of Digital Media Businnes at Adobe.

“We plan to continue Figma exactly as we always have – continuing to do what we believe is best for our community, our culture and our business,” Field said in the release, speaking of a collaboration with Adobe.

At the same time, Adobe’s expertise will be used to further improve Figma. However, it can be assumed that the application is likely to make its way into the Adobe Creative Cloud sooner or later.

For Adobe, the 20 billion acquisition represents its largest purchase to date. The deal is expected to close by 2023, subject to court and shareholder approval. Until then, the two companies will operate independently.

Initially, however, both parties hope to see improvements from the deal. Adobe Creative Cloud is expected to benefit from Figma’s web-based capabilities, while conversely, various features from the Adobe ecosystem are expected to enhance Figma.

Data About the Authorship of Photos Should Be Permanently Accessible 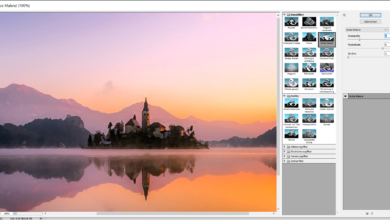 Adobe Photoshop Web version to be offered free of charge

You can now use Photoshop in the browser

Adobe has confirmed the acquisition of competitor Figma. Figma operates a UI and design platform that acts as an alternative for Adobe XD. The company has spent $20 billion on the acquisition, but the deal is still a long time coming. Adobe acquires XD competitor Figma Figma offers with the platform of the same name … (Weiterlesen...)