Google has introduced the new Android 13 December patch, which brings many exciting features. For example, the possibility to share digital car keys across devices via Google Wallet is new. Also, a new Reader mode or a YouTube homescreen widget are added.

On the official blog, Google has presented the Android 13 December patch in detail, which brings a few exciting innovations. One of them is the ability to integrate digital car keys into Google Wallet.

But that’s not all: the digital keys can even be shared quite conveniently with friends and family members, for example via Messenger. The feature is making its debut on Pixel devices like the Google Pixel 7 Pro (our review), as well as iPhones, and is expected to make its way to “select smartphones running Android 12 and newer” soon.

Who has access to the digital keys can be easily set and customized in the process via the Wallet app.

The other new features

However, the Android 13 December patch also holds other innovations. For example, there will be a new YouTube widget for the homescreen, which allows you to search for videos directly from the home screen or access your subscriptions and lists.

This will be joined by a new Reader mode for Android, which is supposed to improve the experience when reading texts. It allows you to customize the contrast, font size, and font type for the reader, among other things. The text-to-speech function also lets you fine-tune the speed of the text read aloud.

A new layout for collages has been added to the Gallery app, while various emojis can be cobbled together into funny or creative sticker combinations via the Gboard keyboard in the Emoji Kitchen.

The Goolgle TV app also gets the option to transfer content directly to compatible TV devices with just one click. The smartphone can be used as a remote control and can still navigate through other videos at the same time. 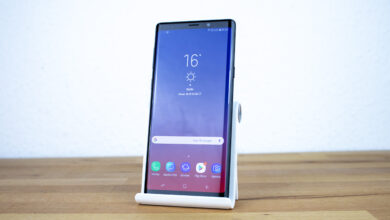