Apple has been lucky! This will certainly have put a big grin on the Californian electronics company’s face. In contrast to what we are almost used to by now, the iPhone inventors did not have to accept a penalty payment in a new dispute in court. Thus, the company escapes a whopping 300 million US dollars in damages that should have been incurred due to a patent infringement.

US court does not recognize patent infringement

What is at stake. The company PMC has accused Apple of a serious patent infringement. In the first instance, the court also directly confirmed this accusation. This led to Apple being sentenced to a whopping fine of $308.5 million. Naturally, the company then appealed. As it now turns out, this step was not only typical, but also sensible. After all, the appeals court could not have been more clearly on the side of the company led by CEO Tim Cook. With the words directed at PMC, “They shouldn’t get anything!” this probably became clear to every trial observer.

The focus of the case “2:15-cv-1366” was on the plaintiff “Personalized Media Communications” (PMC for short) and the defendant Apple. PMC can now confidently be described as a genuine patent troll. A real production of own products has not been in the focus for years. Instead, this company simply secures patents in order to convert them into monetary benefits through corresponding lawsuits. The subject of the lawsuit was Apple’s “Fairplay” in particular. This is the electronics group’s in-house DRM system. With reference to this feature, PMC claimed that patent “8,191,091” had served as the basis.

Certainly, Apple is a found food when it comes to penalties. After all, the company had to take some recourse in recent months and years. This negative trend has now found a positive change. Not even legal costs are incurred by the iconic company with the apple logo. The reason for the court of appeal’s decision is said to have been PMC’s questionable actions. After all, the patent application had taken place strategically. Patent trolls like PMC are characterized by precisely this approach. In order to be able to sue for money at a later date, a patent application is delayed in such cases.

There is a reason why so-called submarine patents have been banned in the U.S. since 1995. The example of PMC v. Apple now makes this clear. Companies should not live under the fear that age-old inventions can lead to problems at a much later date. Apple has been using the Fairplay technology for almost 20 years now.

This DRM function checks whether the corresponding user rights are available in the Apple App Store or Apple Music, for example. Accordingly, for more than 25 years now, only patents that are no more than 20 years old may be enforced in the USA. PMC’s actions now make it clear why this regulation exists.

PMC is an old acquaintance

It is by no means the case that Apple has become PMC’s first victim. Google, too, has already acquired a taste for the questionable strategy of patent trolling. In fact, the approach is most prevalent in the IT industry. However, while Google won against PMC in November 2020, other companies have lost out. In particular, online shipping giant Amazon and streaming giant Netflix had to pay PMC a corresponding license payment. It is quite noticeable that the patent troll exclusively chooses large companies. The reason for this is that the amount of the license payment to be made also depends on the sales figures. Let’s hope that PMC learns from this and that other patent trolls will refrain from this tactic, which is anything but fair, in the future. 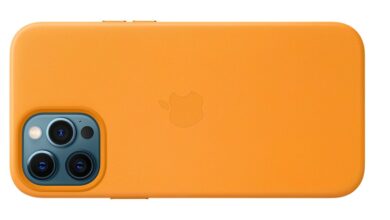 Apple: Prints on leather cases when using the MagSafe charger

Apple has been lucky! This will certainly have put a big grin on the Californian electronics company’s face. In contrast to what we are almost used to by now, the iPhone inventors did not have to accept a penalty payment in a new dispute in court. Thus, the company escapes a whopping 300 million US … (Weiterlesen...)