Asus had officially unveiled the ROG Strix SCAR 17 special edition high-end gaming laptop in May 2022 and hinted at availability for the third quarter. Now, the laptop’s classy design is finally making its way to retailers.

The features of the ROG Strix SCAR 17 SE (G733CW / G733CX) should excite even the most demanding gamers. Thus, the gaming notebook relies on powerful Intel Core i9-HX processors of the latest generation in the form of the Intel Core i9-12950HX with 16 processor cores and clock rates of up to 5.0 GHz.

The direct GPU mode, which you can activate via the MUX switch, is also exciting for competitive games. It reduces the latency and leads to a performance increase of five to ten percent on average.

For the RAM, 32 GB of fast DDR5 RAM is used, which works in dual-channel mode – consisting of two 16 GB components. Thanks to up to a 2 TB plus 2 TB PCIe Gen4 SSD configuration and a gross throughput of up to 7,000 MB/s, even large files and games are loaded and saved in no time.

At the same time, Asus hasn’t skimped on cooling either, installing an effective cooling system in the gaming notebooks for the ROG Strix SCAR 17 special edition, which relies on liquid metal on the CPU and GPU, as well as a vapor chamber. This provides excellent cooling performance, while the 0dB mode is absolutely silent when the system load is low.

Both variants of the ROG Strix SCAR 17 special edition are also equipped with a 17.3-inch matte IPS-level display that resolves in WQHD (2,560 x 1,440 pixels) and has a refresh rate of 240 Hz. The response time of just 3 ms is also more than respectable.

A 90 Wh battery is also installed, which is quickly recharged via USB Type-C with the help of the 100 Wh fast charging function. The ROG Strix SCAR 17 SE is also very well positioned in terms of ports:

Thanks to the Keystone II NFC key, you can also transfer system and game profiles between supported ROG devices and use a “Shadow Drive” storage that is hidden and encrypted. 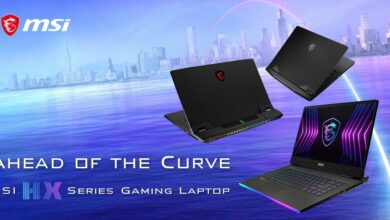