Republic of Gamers (ROG) today several new notebooks and peripherals at CES 2022. Among them is the ROG Flow Z13, the world’s most powerful gaming detachable. Also revealed were the new flagship ROG Zephyrus Duo 16, the new ROG Zephyrus G14, and the 2022 Strix models. The gaming laptops are all equipped with the latest 12th generation Intel Core processors or AMD Ryzen 6000 Series chips. We have an overview of all the ROG CES 2022 innovations.

These components are housed in a CNC-machined aluminum chassis that is only 12 mm thin and 1.11 grams light. There are also two display options to choose from. A 4K 60Hz display with 85 percent DCI-P3 coverage or a Full HD 120Hz display with 100 percent sRGB coverage. Both displays feature a 16:10 aspect ratio and are protected by Corning Gorilla Glass 5. They also offer Adaptive Sync, Dolby Vision HDR with 500 nits of brightness, and Pantone validation.

Gaming can be done in a variety of ways, such as with a traditional mouse and detachable keyboard, via touch controls, or even with multiple gamepads simultaneously. The integrated kickstand can be opened up to 170 degrees.  Due to the tablet form factor, all powerful components are located behind the screen and not underneath the keyboard. This allows the intelligent ROG cooling solution to use fresh air in an energy-efficient way and enable a constantly high performance.

In terms of design, the ROG Flow Z13 shows inspiration from the Space Race of the 20th century. For those who need even more graphics power or I/O expansion, the Flow Z13 gaming detachable can be paired with the new edition of the XG Mobile eGPU, which includes AMD Radeon RX 6850M XT laptop graphics. However, last year’s XG Mobile eGPU with NVIDIA GeForce RTX 3080 graphics is also fully compatible. With the addition of USB ports, a DisplayPort, and HDMI and Ethernet ports, the XG Mobile eGPU is ready for any task.

The ROG Zephyrus Duo 16 gaming notebook sets new standards for dual-display notebooks with its ScreenPad Plus. The secondary screen lifts up when the notebook is opened thanks to the new 4-directional hinge and slides back to close the gap with the main display. This achieves a screen experience that comes along with almost no display edges.

The ROG-exclusive and innovative Dual Spec panel, co-developed with BOE, can switch between 4K 120 Hz and Full-HD 240 Hz at any time, offering a choice between high resolution or high frame rate, depending on the situation. In addition, Pixel Acceleration technology enables lightning-fast upscaling in Full-HD mode for crystal-clear images at excellent frame rates.

A keyboard with a key travel of 1.7 mm and RGB lighting of all individual keys (per-key RGB), six speakers with dual force-cancelling woofers, Dolby Atmos and Hi-Res audio, round out the features of the new ROG flagship.

The Zephyrus G14 is also among the first ROG notebooks to feature the brand-new Nebula display, which offers 120 Hz at QHD with 500 nits peak brightness, 100 percent coverage of the DCI-P3 color space and 3 ms response time. Add to that Adaptive Sync, Pantone validation and Dolby Vision HDR.

Offered in Eclipse Gray or Moonlight White, the sleek gaming notebook features the holographic reflective Prismatic logo. For models with the iconic AniMe Matrix display, ROG has increased the number of mini-LEDs in the lid to 1,449 to offer new animation capabilities. Dolby Atmos speakers, a 3D microphone array with two-way AI noise cancellation, and blazing fast Wi-Fi 6E round out the notebook. 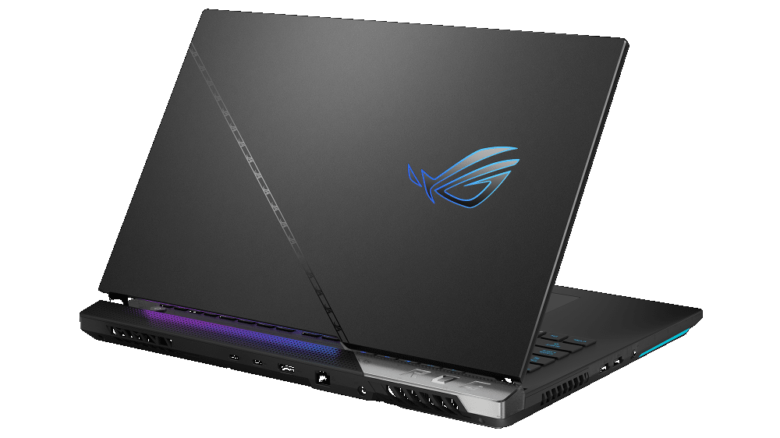 All display variants are equipped with Dolby Vision HDR and Adaptive Sync to ensure stunning picture quality without tearing or judder. A response time of 3 ms ensures clear movements.

The new ROG Strix G15 and G17 are powered by an AMD Ryzen 9 6900HX processor and an NVIDIA GeForce RTX 3080 Ti laptop GPU with 150W and Dynamic Boost in the most powerful version.

The G15 offers a choice of Full HD at 300Hz and QHD at 165Hz for the display, while the G17 offers a Full HD display at 360Hz and a QHD panel at 240Hz for competitive gaming. All displays feature 3ms response time, Dolby Vision HDR, and Adaptive Sync.

All Strix models are equipped with a quad speaker design including Dolby Atmos Virtual Surround for crystal clear sound. Two-way AI noise reduction filters out background noise for both incoming and outgoing communications. 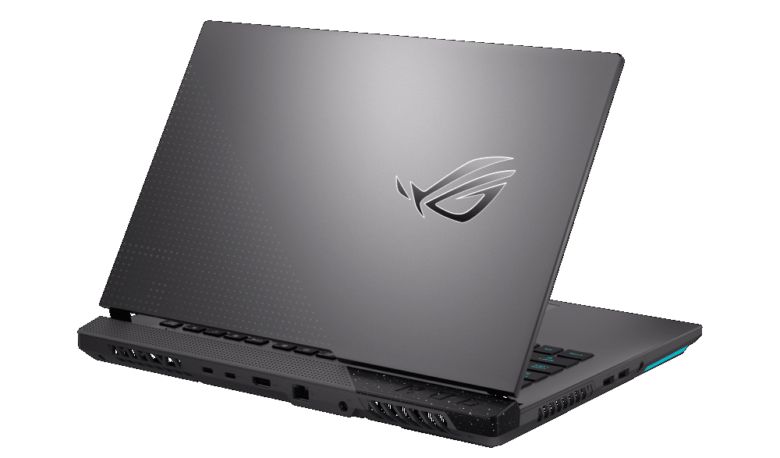 In addition, the Strix models feature a 90 Wh battery and come with a 100 W Type-C charger for mobile use. With Wi-Fi 6E and 2.5G LAN, the models offer cutting-edge networking technology on both wired and compatible wireless networks. The Strix G models are available in Eclipse Gray, as well as Electro Punk and Volt Green colors that shine with neon accents.

Republic of Gamers (ROG) today unveiled several new notebooks and peripherals at CES 2022. Among them is the ROG Flow Z13, the world’s most powerful gaming detachable. Also revealed were the new flagship ROG Zephyrus Duo 16, the new ROG Zephyrus G14, and the 2022 Strix models. The gaming laptops are all equipped with the … (Weiterlesen...)