Sluggish sales of e-cars are by no means a drag on the progress of electromobility. Quite the contrary. The registration figures are steadily increasing. Rather, the poor charging infrastructure in many municipalities ensures that often only homeowners with their own charging station opt for an all-electric vehicle. Now, Berlin’s municipal housing company Gewobag also wants to provide charging options for residents of a rented apartment. A total of 500 charging points are to be created.

A personal charging point for tenants, too

Just recently we reported that there are far too few charging stations in Germany. Now a municipal housing company in the German capital is setting a good example and ensuring a supply for its part. Gewobag has announced that it plans to install almost 500 new charging points within the next two years. Given that the company owns more than 16,000 parking spaces, that may not sound like much. But it’s definitely a start! Tenants who occupy a Gewobag apartment will then have exclusive use of the charging points. That’s according to a press release from Vattenfall, the utility responsible.

Good example for other housing companies

Gewobag’s approach could remove a major obstacle for all those who still decide against an electric car due to the poor charging infrastructure. As the company is one of the largest housing companies in Germany, the move could have a positive radiating effect on similar landlords as well. Vattenfall wants to start setting up the first charging points before the end of this year. But that’s it in terms of key data that Vattenfall or Gewobag have released. We don’t yet know anything more specific about the price or performance of the charging points.

However, it is probably safe to assume that it will be cheaper for tenants to charge at their personal charging point of the parking space than at a public one. This is because Vattenfall wants to rely on billing at the household electricity rate. What this means in detail is difficult to estimate at this point in time. After all, energy prices are currently on a steep upward trend. Hopefully, Gewobag will be followed by other large housing companies. After all, the expansion of the charging infrastructure is currently the number one task for municipalities.

gamescom 2022: Nintendo is not present 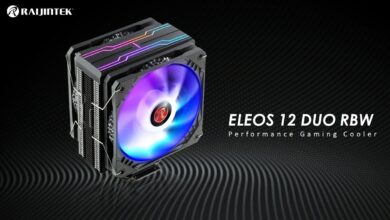