The thin and light carbon fiber smartphone Carbon 1 MK II becomes cheaper. At the same time, the Berlin-based company Carbon Mobile is moving production to Germany – but the parts will still come from Asia.

The world’s first smartphone made of carbon fiber is getting cheaper. Compared to the previous MSRP of 799 euros, the Carbon 1 Mk II will now be offered for 599 euros, and not just temporarily, but permanently.

At the same time, the Berlin-based company is relocating production to Flensburg, primarily to further reduce emissions in smartphone production. The devices, which will be built together with the ICT distributor Ingram Micro, will be manufactured in the former Motorola factory. At the same time, the company says it wants to pursue the idea of making Schleswig-Holstein an influential technology location again.

“We have committed ourselves to sustainability and quality in the production of smartphones in Europe”, explains Firas Khalifeh, founder and CEO of Carbon Mobile.

About the Carbon 1 Mk II

Released in March 2021, the Carbon 1 Mk II relies on a revolutionary carbon chassis. Due to the lightweight materials, the smartphone weighs just around 125 grams while coming in at a maximum thickness of 6.3 mm.

It is encased in a carbon fiber monocoque with a textured back. Thanks to the HyRECM technology, which the manufacturer has been researching for four years, it has been possible to solve the signal blocking problem of the carbon fiber.

From a technical point of view, however, the Carbon 1 Mk II only offers specs from the mid-range segment despite its relatively high price. A MEDIATEK P90 octa-core CPU with MG PowerVR GM 9446 GPU powers the lightweight smartphone. 5G reception is not offered, and the battery of the 6.01-inch device is relatively small with 3,000 mAh. An AMOLED panel with a resolution of 2160 x 1080 pixels is installed.

It also ships with Android 10 only, and the camera setup is composed of a 20 MP selfie cam, as well as a rear-facing 16 megapixel sensor with optical image stabilization and an aperture of f/2.2.

The Carbon 1 Mk II is available now at an MSRP of $599.00 from the manufacturer’s website. Amazon and other online retailers currently still offer the smartphone at the old MSRP, or the promotional price of 749.99 Euros, but should probably lower the prices soon. 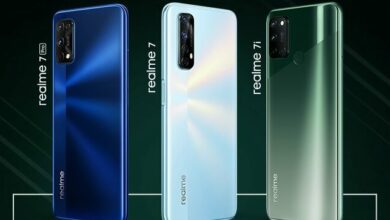 The thin and light carbon fiber smartphone Carbon 1 MK II becomes cheaper. At the same time, the Berlin-based company Carbon Mobile is moving production to Germany – but the parts will still come from Asia. 200 euro price reduction The world’s first smartphone made of carbon fiber is getting cheaper. Compared to the previous … (Weiterlesen...)