A pleasing amount of courage for new things

At first glance, it’s clear that TUF is leaving nothing to chance with its Dash F15. Instead of delivering a new model of minimal changes, one can almost speak of a reinvention here. This already starts with the exterior of the notebook. Unlike the usual gaming notebooks, the Dash F15 is obviously comparatively slim. It measures 360 mm × 252 mm × 19.9 mm and weighs a relatively light 2 kg. However, quite a bit has changed on the inside as well. Asus now uses Intel Tiger Lake H-35, and you can choose between a GeForce RTX 3060 or the somewhat stronger RTX 3070.

The buyer also has a choice when it comes to the display. Asus offers the TUF Dash F15 with different specs. If you choose the best display, you will get a refresh rate of 240 Hz and a response time of 3 ms. Thus, even lightning-fast shooters should flicker smoothly across the screen. Regardless of the configuration, you always get a Full HD resolution of 1920 x 1080 pixels. The choice is not only limited to the display. You can also choose between different options in terms of working memory. 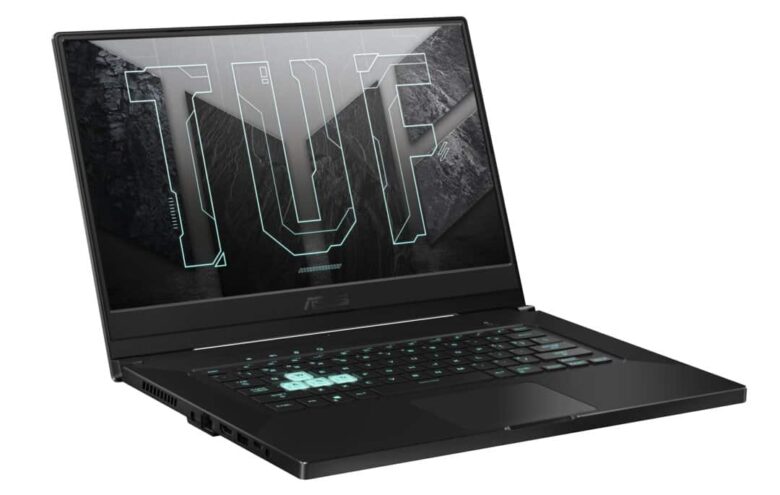 Thus, the TUF Dash F15 can be configured with a maximum of 32 GB RAM. On top of that, the notebook offers space for two SSDs in the M.2 form factor. When you look at the ports, you quickly notice the advantage of the CPU update. Intel’s Tiger Lake enables a modern Thunderbolt 4 port. Beyond that, HDMI 2.0, LAN and classic USB ports are available. Everyone should find something suitable here.

Still in the first quarter of this year, the TUF Gaming Dash F15 is supposed to be launched. The MSRP is supposed to start at 1,099 euros for the basic version. This includes a 76 watt-hour battery, which Asus advertises with a battery life of up to 16 hours.

MEDION brings notebooks for homeschooling and home office to ALDI