Corsair continues to expand its M65 line of gaming mice. After the PRO and ELITE models (our review), the manufacturer adds two new high-end rodents with the M65 RGB Ultra and M65 Ultra Wireless, which mark the new spearhead either wired or wireless and feature a 26,000 DPI sensor.

From a purely external perspective, the two Ultra mice hardly differ from their kindred spirits, but Corsair’s in-house Marksman sensor is used in the M65 RGB Ultra and M65 Ultra Wireless, which was already completely convincing in Sabre RGB Pro Wireless (our review) and came up with inimitable precision. It comes with a maximum resolution of 26,000 DPI and offers a tracking speed of 650 IPS at 50G acceleration.

The Elite mice rely on a striking design and come in at dimensions of 117mm x 77mm (length x width). They offer a total of eight programmable buttons that rely on the manufacturer’s signature quick-trigger Quickstrike technology. Both main keys are Omron optical switches, which convince with a highly precise response and enormous durability.

Most innovative is the sensor fusion technology, where a 6-axis gyro and accelerometer sensor detects if the mouse is lifted. With programmable tilt gestures, common actions like reloading weapons can be assigned to simple mouse movements. In doing so, the angle triggers various maneuvers when the mouse is lifted, but how well and accurately this works in practice must first be proven in a test.

In return, the M65 Ultra Wireless once again relies on Corsair’s strong Sliptstream Wireless technology, which has a particularly low response time of only 0.9 ms. Alternatively, the mouse can be connected to a variety of devices via Bluetooth, just like the Sabre RGB Pro Wireless. According to the manufacturer, the battery life should be around 120 hours in Bluetooth mode, and around 90 hours of continuous use are possible in Slipstream mode.

Both gaming mice also come with six weights that can be attached to the underside. This allows the center of gravity and weight of the Corsair M65 RGB Ultra mice to be individually adjusted between 97 grams and 115 grams (wired variant) and 100 grams and 128 grams (wireless mouse), respectively. Both models also offer ARGB lighting. The wired model has two zones illuminated, while the wireless model still has a single zone.

The Corsair M65 RGB Ultra and M65 RGB Ultra Wireless gaming mice are available in stores now. The RRP for the wired nager is 79.99 euros, while the wireless model comes in at 129.99 euros. 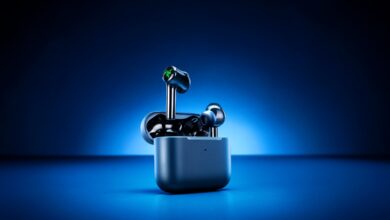 Corsair continues to expand its M65 line of gaming mice. After the PRO and ELITE models (our review), the manufacturer adds two new high-end rodents with the M65 RGB Ultra and M65 Ultra Wireless, which mark the new spearhead either wired or wireless and feature a 26,000 DPI sensor. Corsair Marksman sensor with 26,000 DPI … (Weiterlesen...)