At gamescom 2022, EPOS presented its new external sound card for gamers for the first time. Now the EPOS GSX 1000 2nd Edition finally goes on sale. In doing so, the chic sound solution aims to impress with a new design, improved microphone performance and a modern 7.1 surround sound.

The new edition of the GSX 1000, which was still released under the Sennheiser label at the time, has a lot to offer. Thus, the EPOS GSX 1000 2nd Edition not only relies on a new, modernized design, but also significantly improves from a technical point of view.

In terms of operation, the 100 mm x 100 mm x 25 mm small and only 220 grams light square box relies on a modern touch control via an LED touchscreen including Windows synchronization.

Here, for example, there is the option to switch between headset and speaker output, to switch the equalizer in four presets (neutral, e-sports, music and movie) and to switch between 2.0 stereo and 7.1 surround sound. The microphone sidetone and reverb level can also be adjusted directly via the touchscreen. The external sound card draws power via the included USB-C cable.

However, the EPOS GSX 1000 2nd Edition does not only improve in terms of looks or operation. The manufacturer also promises numerous improvements in terms of sound. The microphone performance could now be raised to 16-bit/48 kHz, which further improves communication. The first edition over five years ago came here at a maximum of 16 kHz.

The individually adjustable 7.1 surround sound, which is supposed to present deep, natural basses, tuned mids and clear trebles, also wants to convince in terms of sound. The option for “Directional Sound” should be particularly interesting in gaming, thanks to which the direction of the sound can be adjusted in surround mode.

In addition, the GSX 1000 2nd Edition is able to adjust game audio and voice chats separately in separate audio streams in terms of volume. The sound card is set up as two playback devices when used, allowing the playback sound and chat interface to be adjusted separately.

Individual sound profiles can also be created and saved directly to the external sound card. A special tournament mode is also offered, in which all settings are locked at the touch of a button, so as not to accidentally adjust anything during heated battles. 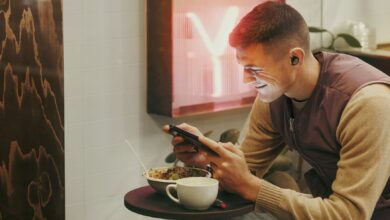