As the name suggests, the Fairphone 3+ is not an entirely new sustainable smartphone. It is rather an update of its predecessor. In this case, however, it is more likely to be an upgrade. Because here, much remains the same. That’s how sustainability works!

Upgrading instead of buying a new one

Since the first-generation fairphone, the smartphone manufacturer has been standing alone in the field. This is quite astonishing, given the growing ecological thinking in society at large. With the Fairphone 3+, the smartphone is now consistently following its path. Not everyone has to buy the Fairphone 3+ completely new. Those who already own a Fairphone 3 can easily upgrade it. You simply have to attach the new camera modules.

On average, everyone changes their smartphone every two years. This is due not least to expiring contracts and the associated contract renewals. But this is not really sustainable. After all, many valuable resources are used in the manufacture of smartphones. In addition, one should always keep in mind that many people in this segment have to slave away under undignified conditions. This is even the case with high-priced smartphones from Apple. If you want to do something for your clear conscience, you should take a look at the Dutch company Fairphone. This company has not only set itself the task of paying its employees fairly, but also places great emphasis on sustainability for the sake of the environment.

The Fairphone 3+ is not really that new. If you take a closer look at the smartphone, it quickly becomes clear that it is actually the identical smartphone from last year. Only the modules for the cameras on the front and back have changed. The Dutch did not make this move without reason. They want to make it possible for owners of the predecessor to update their Fairphone 3 to the latest version without any complications. This is what distinguishes the manufacturer so much from the competition. Instead of forcing the customer to buy a new smartphone, they simply offer an optional upgrade.

An upgrade to the new camera modules of the front and main camera may well be worthwhile. The main camera, for example, now offers 48 pixels, three times the resolution of its predecessor. The Selfie camera has a resolution of 16 megapixels, twice as high as the Fairphone 3, which, according to Fairphone, results in a much better quality of photos and video recordings. Anyone who wants to update their Fairphone 3 to the latest version will have to pay around 60 euros for the main camera module. The front camera costs 35 Euro.

Of course you should not expect high-end technology from the Fairphone. That is not the aim of the Dutch. Rather, they want to create a smartphone that meets the needs of the average user. So the new Fairphone offers a Full HD display with a screen diagonal of 5.65 inches. Gorilla Glass 5 should protect against scratches or worse. Should it come however once to a mishap, the change of the screen costs straight once 90 euro. Under the hood of the Fairphone 3+, the average Snapdragon 632 from Qualcomm is at work. It is supported by 4 GB RAM. The smartphone offers 64 GB flash memory ex works. But fortunately, this can be easily expanded with MicroSD.

With the Akku Fairphone sets on a 3040 mAh large copy. Who that is not enough, can buy a second one without further ado. This strikes with 30 euro to beeches. Thus the Smartphone is to be able to hold out loosely two days. The grip to a practical power bank is probably preferred by many people. The Fairphone 3+ offers a practical fingerprint sensor, which is located on the back of the device. The smartphone also supports dual SIM. The matching slot is located on the side. The smartphone also has a pleasingly modern look. It supports current standards such as WLAN AC and Bluetooth 5.0. In addition to the hardware, the operating system should also be correspondingly durable. Here Fairphone relies on Android 10, and those who still call the Fairphone 3 their own should be able to look forward to a corresponding update in autumn. Even the Fairphone 2 got its own update to Android version 9 in the summer. Here the competition cannot keep up at all. In terms of design Fairphone does not make any experiments. Some people call it timeless, others call it old-fashioned. But real friends of unexcited designs will have their fun.

If you don’t own a Fairphone yet, you should definitely think about buying one. Compared to its predecessor, the 3+ is even better in terms of eco-balance. The smartphone now consists of 77 percent recycled plastic. The predecessor could only show half of this. With the purchase of a new Fairphone 3+ 470 Euro are incurred. Starting from 14 November the fair Smartphone is to be available in the trade. 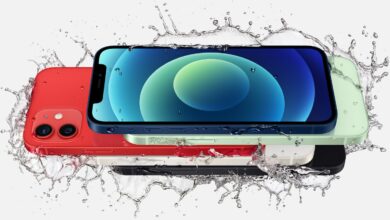 The Apple iPhone 12 is available in four versions