With the Hisense Ace 2023 65E55H TV, the manufacturer wants to inspire gamers in particular. Offered are 240 Hz and an extremely low latency of only 2.7 ms on a screen diagonal of 65 inches and that for under 1,000 Euros – but currently only in China.

With the 4K gaming TV Hisense Ace 2023 65E55H, the Chinese manufacturer has an extremely hot iron in the fire that should excite gamers on PC and current consoles. The TV realizes a frame rate of 240 Hz with a low latency of only 2.7 milliseconds on a screen diagonal of 65 inches.

The TV also offers pretty much everything else that PlayStation 5 and Xbox Series X/s owners could wish for. Features include (real) HDMI 2.1 including VRR (Variable Refresh Rate), AMD FreeSync Premium and a refresh rate that can be freely selected between 240 Hz, 144 Hz and 120 Hz.

Inside the Hisense Ace 2023 65E55H, a quad-core CPU including A73 architecture does its job, which is supported by 4 GB of RAM and 32 GB of system storage. NFC and Wi-Fi 6 are also offered, as well as an integrated sound system with two 12-watt speakers including a Hi-Sound engine and various AI enhancement features.

Sounds like the Hisense Ace 2023 65E55H will meet the demands of even the most demanding gaming fans, coupling the specs of a high-end gaming monitor with a significantly larger screen diagonal.

The catch is that the Ace 2023 65E55H has only been announced for the Chinese market so far. Whether the TV will ever make it to Europe is unfortunately not clear at the moment. Currently, however, only the import remains if you want to secure the 4K TV. With a price of 5,499 yuan, which is equivalent to 785.68 euros, the TV is also comparatively cheap. 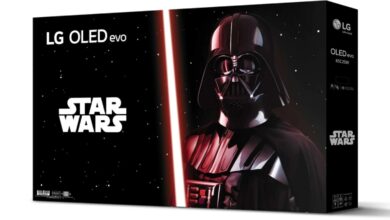