With an incredible screen diagonal of 97 inches or 247 cm, LG wants to consolidate its position as market leader in the premium TV segment. The LG G2 OLED evo Gallery Edition will be shown at the IFA 2022 in Berlin, which starts on Friday and is approaching its market launch.

The LG G2 OLED evo Gallery Edition is the announcement of the manufacturer’s new OLED TV flagship, which had last shown, for example, the stylish LG OLED Evo ART90 with motorized fabric cover.

Shortly before the official market launch, the new OLED TV with a screen diagonal of up to 97 inches will be shown at IFA 2022 in Berlin, as the manufacturer has now revealed. The TV giant will be on display in Hall 18 at LG’s booth.

In addition to the 97-inch size, however, the LG G2 will also be offered in 42, 48, 55, 65, 77, 83 and 88 inches. It is powered by the manufacturer’s latest Alpha 9 Gen5 AI processor, which is said to offer “lifelike images and an immersive, cinematic viewing experience” with advanced image algorithms.

“The new and improved intelligent α9 Gen5 AI processor uses a deep-learning algorithm to improve the upscaling performance of the latest OLEDs and add a three-dimensional quality to images by making elements on the screen stand out more clearly,” LG said.

The Gallery design is taken from other models, allowing the giant OLED TV to be placed flat against a wall.

For IFA 2022, however, LG has a few more innovations in the bag. Among them is a 4K micro-LED TV with a 136-inch diagonal, which is supposed to realize first-class picture quality on an incredible size. It relies on particularly small, self-illuminated pixels and a modular design.

Here, the 88Z2 offers over 33 million self-illuminated OLED pixels and is said to impress in terms of rich detail, deep and dark blacks, infinite contrast and lifelike colors.

LG G2 will not be a bargain

In March 2022, LG had officially unveiled its new TV lineup and promised a launch in the second half of 2022. So now the release is just around the corner. LG has not yet named prices for the 97-inch model, but the more compact, smaller brother with an 83-inch screen diagonal is to be offered for 8,999 Euros, while the 55-inch model is to start at 2,499 Euros. 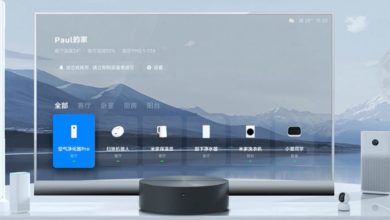 Smart TV manufacturer with numerous GDPR infringements according to Bundeskartellamt

With an incredible screen diagonal of 97 inches or 247 cm, LG wants to consolidate its position as market leader in the premium TV segment. The LG G2 OLED evo Gallery Edition will be shown at the IFA 2022 in Berlin, which starts on Friday and is approaching its market launch. LG G2 OLED evo … (Weiterlesen...)