Lenovo has introduced its Lenovo ThinkPad X1 Fold. The manufacturer wants to have improved many things in the successor of its first foldable notebook.

The choice between 12 inches and 16.3 inches

IFA time is technology time. After the popular and traditional radio exhibition corona-conditioned in the last two years only in staked variant took place, drive up this year many exhibitors a lot. So you don’t just get new PC cases like the Asus Prime AP201 or new peripherals from Speedlink. Especially in the area of notebooks, there is a lot for trade show guests to see.

Concurrent with the tech show, Lenovo has unveiled the second generation of its ThinkPad X1 Fold. The exciting foldable notebook primarily scores with its modular design and its convertibility. It can either be used as a classic notebook with a 12 inch display or in unfolded mode with a 16.3 inch display. This results in a wide range of possible uses.

Strong performance under the hood

Although the Lenovo ThinkPad X1 Fold comes in an extremely slim format, it still offers powerful hardware. You have the choice between an Intel Core i5 or Intel Core i7 processor. The CPU is supported by up to 32 GB of working memory. Speaking of memory. Up to 1 TB of SSD storage is possible in the maximum configuration. Lenovo has divided the battery into two separate units. Each half of the foldable contains a battery with 48 Wh each. If you want more, you can also have smaller 16 Wh batteries installed. In combination with the energy-efficient CPUs, the Lenovo ThinkPad X1 Fold should be able to offer decent battery runtimes.

The biggest highlight of the foldable notebook is undoubtedly the large screen. Here, Lenovo relies on a high-contrast and colorful OLED panel that is supposed to offer a maximum brightness of 44 nits. Thanks to a resolution of 2,560 x 2,024 pixels, everything on the 16.3-inch display should also be easy to see. Furthermore, Lenovo has to be positively emphasized in dealing with the topic of sustainability.

Although it is a very slim device, the Chinese company promises a high maintenance comfort with the Lenovo ThinkPad X1 Fold namely. This means that the most important components, such as the SSD or battery, can be accessed and even replaced via a maintenance hatch.

The Lenovo ThinkPad X1 Fold is undoubtedly a niche product. Nevertheless, it also looks promising. However, the whole thing also has its price. The foldable notebook, which will be released in December of this year, is supposed to go on sale at an MSRP starting at 2,999 Euros. 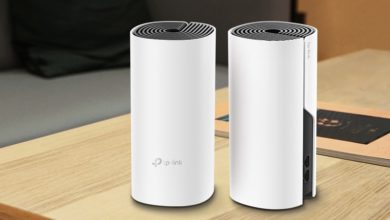 Lenovo has introduced its Lenovo ThinkPad X1 Fold. The manufacturer wants to have improved many things in the successor of its first foldable notebook. The choice between 12 inches and 16.3 inches IFA time is technology time. After the popular and traditional radio exhibition corona-conditioned in the last two years only in staked variant took … (Weiterlesen...)