With the new Logitech Litra Glow premium light, the manufacturer has introduced an exciting lighting under its label “Logitech For Creators“, which is aimed at all creators. The special feature is TrueSoft technology, which is supposed to create a balanced LED light.

Logitech Litra Glow is said to provide extra balanced and soft LED lighting thanks to TrueSoft technology, which envelops all skin tones in a comfortable light. The new premium light from Logitech for Creators is versatile and accompanies creators during the production of a YouTube video, in streaming sessions on Twitch or during a video call.

Litra Glow is ready to use right out of the box thanks to plug-and-play connectivity. With five presets for brightness and color temperature, creatives can customize the lighting scene to their liking – from warm candlelight to cool blue.

Litra Glow’s soft light is easy on the eyes and certified for all-day streaming sessions. In particular, the habits and requirements of streamers who like to sit in front of the camera for anywhere from four to more than eight hours a day played a crucial role in the development of the light. Litra Glow comes with a monitor mount that is adjustable in height, tilt and orientation, making it ideal for placement over a desktop monitor.

The LED light’s settings can be adjusted in a flash using the slider on the back of the light or the Logitech G HUB software. Here, options include brightness and color temperature.

Individual presets for different environments can also be saved in the software. These can be assigned to the G buttons on a Logitech G keyboard or mouse. This allows the entire lighting scene to be adjusted with just one click.

The Logitech Litra Glow will be available in January 2022 at logitech.com and at retailers for an MSRP of 69 euros. 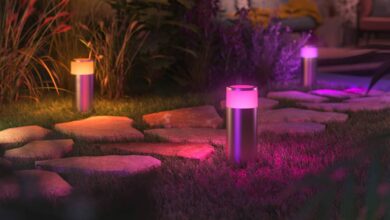