Satya Nadella, CEO of Microsoft, recently announced that the company considers itself to be beaten in the competition between the virtual assistants of Amazon, Apple and Google. Instead of continuing to work on Cortana, Microsoft’s in-house virtual assistant will in future only be able to be used for Alexa and Google Assistant via one skill. As reported on the website tt.com reported, Microsoft announced this decision during a press event at the company’s headquarters in Redmond.

A corresponding cooperation with Amazon was already announced by the Windows manufacturer last year. Although the integration of Cortana into Alexa has not yet been completed, Microsoft is currently in negotiations with Google in order to offer owners of a Google Assistant the opportunity to access Cortana as soon as possible.

Microsoft also took a similar step when the company was unable to prevail against Android and iOS with its mobile operating system. Instead of engaging in a resource-intensive competition, the decision was also made there to open up their own services and apps for the platforms of the former competition. Even though Cortana was not able to gain a large market share in itself, the technology is still often used in the background, for example by BMW whose speech recognition of the in-car system is based on Cortana.

Originally, Cortana was not only intended to be used on Windows computers, but also as a stand-alone smart speaker. The lack of availability of corresponding loudspeakers, which would only have appeared when Google and Amazon had already divided the market among themselves to a large extent, prevented a successful Lauch above all. 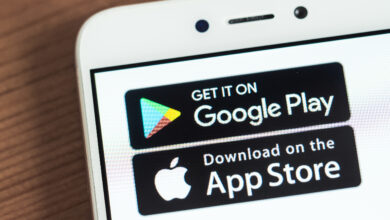