Netflix, the top dog among streaming providers, lost almost one million subscribers in the second quarter of 2022. This means that the company is suffering the same fate because of increased inflation, among other things, as Apple Music, Spotify and Co.

The global number of paying customers at streaming provider Netflix fell by around 970,000 in the second quarter of 2022 compared to the first quarter. That’s according to the company’s annual report, which it published on July 19.

For the third quarter of 2022, on the other hand, the company is forecasting a positive development again and expects to be able to match and minimally exceed the figures for paid subscriptions from the beginning of the year.

At the same time, however, revenue rose 8.6 percent to $7.970 billion, which would still be below Netflix’s expectations. The challenges and opportunities lie in “growing our revenue and membership by continuing to improve our product, content and marketing,” Netflix further wrote in a letter.

The Netflix advertising subscription, which was only recently officially confirmed and is set to launch in 2023, is expected to end the streaming provider’s slide and provide accelerated growth. That’s according to a letter to shareholders from the company.

Together with the technology and sales partner Microsoft, they want to continue to offer the Netflix advertising subscription, as planned, from the beginning of 2023. They want to start together initially in “a handful of markets”, which offered a large advertising volume. The streaming service does not go into more detail.

Over time, the goal is to offer an advertising-financed model that is superior to traditional linear TV programming, works more seamlessly, and is more relevant for customers and more effective for advertising partners.

At the same time, he said, the company also wants to monetize about 100 million households that currently use Netflix via account sharing without paying for it. In March 2022, Netflix had issued a fighting statement on account sharing.

In Latin America, it had launched two different approaches to explore the possibilities. “Our goal is to offer an easy-to-use, paid sharing feature that we believe can work for our members and our company, which will be rolled out starting in 2023,” the letter to shareholders continues. 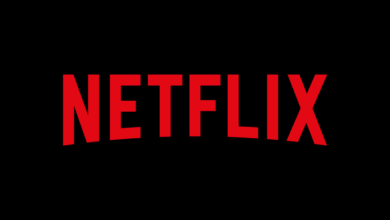 Netflix, the top dog among streaming providers, lost almost one million subscribers in the second quarter of 2022. This means that the company is suffering the same fate because of increased inflation, among other things, as Apple Music, Spotify and Co. Quarterly report: Netflix loses around one million paying customers The global number of paying … (Weiterlesen...)