On August 3, the time had finally come. The new smartphone OnePlus 10T including the operating system OxygenOS 13 was presented to the public in New York after extensive leaks made the rounds just a few days before. We have all the info, details and prices.

OnePlus 10T details: almost on par with the 10 Pro

The new OnePlus 10T looks a lot like the top model OnePlus 10 Pro. But under the hood, there are some points that distinguish both smartphones from each other. “The OnePlus 10T takes our signature fast and smooth performance to the next level at an extremely competitive price,” reveals Pete Lau, founder of OnePlus.

For example, the smartphone relies on Qualcomm’s latest flagship Snapdragon 8+ Gen 1 SoC, which not only offers faster CPU and GPU performance, but is also more efficient and cooler, which is supposed to tackle heat issues.

Add to that, depending on the model, up to 16 GB of LPDDR5 RAM and the largest, most advanced and powerful cooling system ever installed in a OnePlus device. This is said to allow over 35 apps to run simultaneously in the background without sacrificing speeds or heat.

The 10T is offered with either 8 GB of RAM and 128 GB of system storage or with 16 GB of RAM and 256 GB of fast UFS 3.1 system storage, which is not expandable in either case. The smartphone communicates wirelessly via Wi-Fi 6 (Wi-Fi 802.11 a/b/g/n/ac) and Bluetooth 5.2, including support for the LDAC and aptX HD codec. NFC is also available, of course.

The battery of the OnePlus 10T turns out a bit smaller compared to the 10 Pro with a capacity of 4,800 mAh, but charges even faster thanks to 150W SUPERVOOC. 10 minutes on power should be enough to use the smartphone for a day.

The 10T charges from 0 to 100 percent in just 19 minutes. Interestingly, there is even a 160 watt charger in the scope of delivery, as can be seen from the English product website.

This means that in terms of charging speed, it only has to admit defeat to the recently introduced iQOO 10 Pro, which comes in at a whopping 200 watts and is fully charged in 10 minutes. The OnePlus 10T’s charging system is made safe and efficient by a number of technologies, such as the Battery Health Engine, which extends battery life and maintains capacity.

The OnePlus 10T’s charging system features two charging points instead of one like many other smartphones to enable faster charging speeds with greater safety, improved efficiency and lower heat generation.

In addition, the OnePlus 10T uses an improved 360-degree antenna system that is said to offer stronger WLAN and cellular signals. Thanks to Smart Link, upload signals and speeds are also supposed to be improved, and precisely in those areas where there is a high network load anyway.

In terms of design, the company is going for a unibody case that borrows heavily from the 10 Pro. The main difference is that the popular alert slider is conspicuous by its absence on the 10T. As is typical for the manufacturer, it allows the user to quickly switch between sound, vibration mode and silent mode.

The OnePlus 10T will be offered in Moonstone Black and Jade Green colors. The manufacturer relies on a 6.7-inch fluid AMOLED display with an adaptive frame rate of 120 Hz, which automatically adjusts down depending on the type of content and thus improves battery life. The OnePlus 10T’s display is HDR10+ certified and offers native support for 10-bit color.

The OnePlus 10T cameras: Without Hasselblad

The OnePlus 10T is equipped with a triple camera on the back, but it has to do without the Hasselblad cooperation. Here, the manufacturer relies on a 50 MP Sony IMX766 sensor in the main camera, which has optical image stabilization (OIS), an improved night mode (Nightscape 2.0) and improved HDR performance.

Besides the main camera of the OnePlus 10T, an ultra-wide-angle camera (8 megapixels, f/2.2) and a 2 MP macro camera are used, which have thus been slimmed down considerably compared to the OnePlus 10 Pro. However, pictures are supposed to be taken faster thanks to the Image Clarity Engine (ICE) 2.0.

The selfie camera on the front resolves with 16 megapixels, offers an aperture of f/2.4 and also supports HDR shots. Videos can be recorded with a maximum of 4K and 60 FPS on the rear, whereas 1080p with 30 frames per second are possible on the front.

The OnePlus 10T is preloaded with OxygenOS 12.1, which is based on Android 12, and will receive three major Android updates and four years of security updates. The new operating system OxygenOS 13 will follow later.

The new mobile OS focuses on an Aquamorphic design, improved security and an evolution of some of the features most appreciated by the OnePlus community.

“The latest version of OxygenOS brings an improved experience across the board – including enhanced customization, gaming and connectivity,” OnePlus promises.

In addition, a new OnePlus SUPERVOOC 80W charger for cars will be available at the same time. It charges the OnePlus 10T on the go from 1-50 percent in 11 minutes and from 1-100 percent in 29 minutes and comes with an MSRP of 59.99 euros. 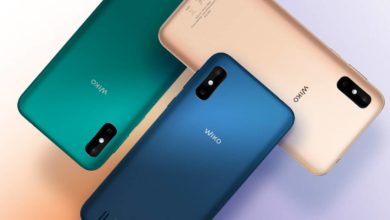 On August 3, the time had finally come. The new smartphone OnePlus 10T including the operating system OxygenOS 13 was presented to the public in New York after extensive leaks made the rounds just a few days before. We have all the info, details and prices. OnePlus 10T details: almost on par with the 10 … (Weiterlesen...)