After MSI already showed the concept of a PCIe 5.0 SSD in add-in card format based on the Phison E26 in January 2022, the new SSD controller was improved in its final form at CES 2023. And noticeably increases again in terms of speed with up to 14 GB/s.

After the planned market launch of PCIe 5.0 SSDs could not be achieved last year, the new and even faster SSD standard awaits us this year. Many providers will use the Phison E26 as controller for their models, which was accordingly also present at CES 2023 in Las Vegas.

The controller supports PCIe 5.0 x4, 8 channels and NVMe 2.0, and most of the specifications have been known for a long time. Compared to the first specifications last year, the speed could be increased once again.

Thus, the E26 now realizes up to 14 GB per second and that both read and write. At least in theory, because the manufacturer’s published benchmarks do not yet reach these values.

Around 10.1 GB/s read and 10.2 GB/s write are achieved in the CrystalDisk benchmark. This might be due to the cooling or the NAND, because Phison does not provide any information about both.

MSI also showed at the CES 2023 by means of the M570 Pro that higher speeds are possible – even though the promised top speeds could not (yet) be reached despite vapor-chamber cooling.

The Phison E26 also sets a new record in 4K random read, cracking the 100 MB/s mark here – a first, as the manufacturer states in its own blog. Of course, it is also difficult to verify, since the performance of the installed CPU also plays a decisive role here.

The website The SSD Review proves this value in a first test of the reference design of the E26 in the variant with 2 TB storage capacity. We are also impressed by the latency of the new controller, which clearly undercuts the already fast Samsung 990 Pro and only has to admit defeat to the Intel Optane P5800X.

Will a heat sink become mandatory?

Thus, the new PCIe 5.0 SSDs with the controller promise a fast performance, not only, but also in current games. It goes without saying that things are likely to get heated in the process. With the new PCIe 5.0-SSDs, a heatsink, i.e. heat sink, should become commonplace to keep the high temperatures in check.

MSI already showed this with the Spatium M570 and especially the M570 Pro with Vapor Chamber. In April 2022, the CTO of Phison already said that air-cooled SSDs are likely to become the standard in the long run and directly hinted at several approaches to tackle the problem of heat development.

One of them concerns the small screw that secures an M.2 module to the motherboard. In addition, Phison’s CTO advocates a new type of connector to deal with the ever-increasing power and associated heat generated by SSDs.

Even the manufacturer could not answer when the first PCIe 5.0 SSDs with the Phison E26 controller will be available on the market. MSI roughly targets the second quarter of 2023 with its models, let’s see if it stays that way this time. 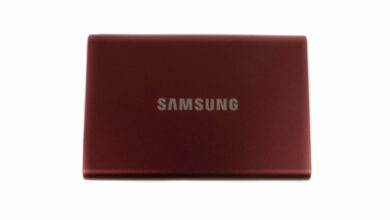 After MSI already showed the concept of a PCIe 5.0 SSD in add-in card format based on the Phison E26 in January 2022, the new SSD controller was improved in its final form at CES 2023. And noticeably increases again in terms of speed with up to 14 GB/s. Phison E26: SSD controller fires PCIe … (Weiterlesen...)