Qualcomm has unveiled its new high-end smartphone chip which is expected to succeed the Snapdragon 8 Gen 1 next year. It unsurprisingly goes by the name Qualcomm Snapdragon 8 Gen 2, offering more power, better efficiency and a ray-tracing GPU.

The new Qualcomm Snapdragon 8 Gen 2 is set to revolutionize flagship smartphones, the manufacturer said in its unveiling of the new chip. The first devices with the new SoC are expected to find their way into stores as early as the end of 2022, but a launch at the beginning of 2023 is more likely in this country.

Manufactured using a 4nm process at TSMC in Taiwan, the Snapdragon 8 Gen 2 is promised to deliver significantly improved power efficiency of up to 40 percent for the CPU and 45 percent for the GPU.

Similar to the Google Tensor G2, which does its work in the Pixel 7 and Pixel 7 Pro (our review), the Qualcomm Snapdragon 8 Gen 2 also relies on three different types of cores, with a total of eight processor cores available.

Here, Qualcomm combines a prime core in the form of the ARM Cortex X3 with a clock frequency of 3.2 GHz with four performance cores (two Cortex A715 and two A710) and three efficiency cores (Cortex A510).

This unusual new setup is supposed to offer advantages in terms of performance and efficiency, since, for example, only the slower ones are used for 32-bit applications, while the faster ones stand by for the 64-bit apps. Specifically, CPU performance is said to have increased by up to 35 percent compared to the Snapdragon 8 Gen 1.

The new Andreno graphics chip also offers a 25 percent better performance and now even supports ray tracing. Reflections, shadows and other effects can thus now be calculated in real time.

However, the new Qualcomm Snapdragon 8 Gen 2 also focuses on many other exciting features. Snapdragon Sound technology now offers even higher-resolution and more immersive sound, including Spatial Audio and head tracking. Thanks to Bluetooth 5.3, the aptX Lossless codec is also used alongside aptX Adaptive and the Bluetooth LE Audio standard.

Snapdragon Smart wants to score with a new AI engine that enables a 4.35 times better performance than in the predecessor. In addition, there are new features for the cameras with Snapdragon Sight.

Snapdragon 8 Gen 2 supports 200-megapixel sensors like Samsung’s ISOCELL HP, while videos can be created in a maximum of 8K resolution with HDR at 60 frames per second with the AV1 codec.

A cognitive ISP also allows communication with three cameras at the same time, which is supposed to provide a higher level of detail in photos and videos in particular.

In addition, the Snapdragon 8 Gen 2 aims to mark the most modern and advanced 5G platform. Among other things, due to a new Snapdragon X70 5G modem RF system that is also supposed to work more efficiently thanks to AI features. Qualcomm FastConnect 7800 allows fast connections in Wi-Fi 7 standard with up to 10 Gbit/s downstream and 3.5 Gbit/s upstream.

So it all sounds pretty impressive. It remains to be seen when the first smartphones with the new Qualcomm Snapdragon 8 Gen 2 will see the light of day. Then we will see whether the manufacturer did not promise too much and whether it has managed to solve the overheating problems of the predecessor. All information and features can be found on Qualcomm’s overview page.

Realme C21Y and C25Y launch with 5,000 mAh battery and triple camera in Europe 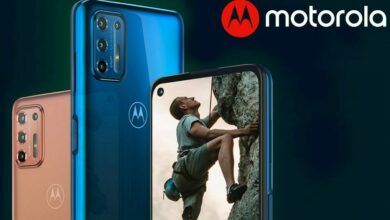 Motorola: Moto G9 Plus and Moto E7 Plus soon available

Carbon 1 Mk II: Lightweight carbon fiber smartphone will be cheaper and made in Germany