Today at CES, the new Roborock S7 was unveiled. The Chinese manufacturer of smart home products has developed the S7, a wiping and vacuuming robot that has one of the fastest sonic mops.

Roborock S7 provides neat yet convenient cleaning with the first sonic mopping system with intelligent lift technology. The S7’s automatic lift technology allows the Roborock to clean neatly over contrasting surfaces, thus cleaning the floor is done without interruption. With the fastest sonic mop on the market today, the Roborock S7 has plenty of high-intensity scrub settings from 1,650 times/min to 3,000 times/min. With the different scrubbing settings, Roborock S7 gets rid of stubborn and dried dirt. It dissolves and shreds them so that the floors are sparkling clean afterwards. Thanks to the VibraRise technology, the Roborock also has no problems in difficult environments. When the S7 hits a carpet, the mop is automatically lifted. The carpet detection technology also makes it possible to clean hard floors and carpets in one pass. The mop is lifted when the Roborock returns to its charging station, so the freshly cleaned floors stay clean. For the Roborock S7, the main brush has been improved once again, it now adapts better to the floor and thus brings better maneuverability. The suction power of the S7 is 2500 Pa, so the dirt is removed even from the depths of the carpet. With the battery of a size of 5200 mAh, three hours of continuous cleaning in silent mode is possible.

To keep users informed about every aspect of cleaning their four walls, Roborock has an app, both for Android and iOS. Here, the user interface is very simple and the user can customize preferences and create cleaning schedules for the S7. The smart mapping gives the user an exact view of the rooms and areas that have already been vacuumed and wiped. This also gives the user a real-time report on the S7’s current route. Last but not least, the Roborock S7 also responds to voice commands. It is Google Home, Siri, and Alexa-enabled, which provides convenience in use. 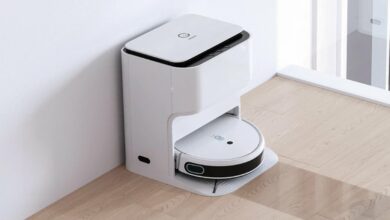