It has now been announced that Sony wants to launch its high-priced Xperia Pro here as well. Besides the high price, other special features catch the eye, but they will only attract a certain target group. The Japanese company has obviously developed the premium smartphone for professional content creators who have a camera from Sony’s in-house Alpha series. Let’s take a closer look at the smartphone with an MSRP of just under 2,500 Euros.

Sony is late to the party

If you take a closer look at the technical details, many things will rightly look familiar to one or the other. For example, the Xperia Pro’s innards are based on the hardware of the Xperia 1 II. Last year’s flagship could convince with impressive specs, but they are already outdated in the fast-paced smartphone world. We are surprised that the company has only now come up with the expensive Xperia Pro, which features this “outdated” technology. The fact that Sony already introduced its Xperia Pro in February last year and is only launching it now makes us frown even more. While you can already buy it in Japan and the US since February 2021, it is supposed to be launched in Germany and the rest of Europe from May 10.

Open “Xperia PRO – Tailor made for professionals in the field” directly

It is quite surprising that Sony is launching its flagship for camera enthusiasts in Japan and the US only a year after its presentation and even later in Germany. After all, the company charges a hefty price of 2,500 Euros, which certainly not everyone wants to pay. The already known Snapdragon 865 from Qualcomm is under the hood of the flagship. It is almost disappointing that the company does not even use the Plus variant, let alone the much newer Snapdragon 888.

Sad surcharge for an HDMI input

Meanwhile, the Xperia Pro cannot really present a significant unique selling point that justifies the high price. The only thing that distinguishes the smartphone from other devices or manufacturers is an HDMI-in port that supports 4K. This input allows connecting Sony’s system camera from the Alpha series to the smartphone. The smartphone should be able to display the camera’s content and serve as a kind of second screen. Considering the size of 6.5 inches and a brilliant OLED panel, this is undoubtedly a real enrichment for passionate photographers and cameramen. The BT-2020 color space as well as the D.65 white point should be supported by the smartphone display according to Sony.

If the company really delivers on this promise, the quality should match that of a professional color monitor from Sony. The resolution of 3,840 x 1,644 pixels turns out to be high, but it can’t keep up with the other specs. Sony does not even manage a 4K resolution here. However, owners of a camera from the Alpha series will also benefit from the Xperia Pro’s integrated Wi-Fi and 5G module. This is supposed to allow streaming videos in brilliant 4K directly via smartphone. Content creators’ hearts will probably beat faster. Unfortunately, the Xperia Pro cannot record and save the camera’s videos. That is really a pity.

Without a doubt, Sony is launching a really exciting smartphone here, but it should really only attract professional photographers and video makers from behind the stove. If you own a Sony Alpha and like to work with it, you should definitely take a look at the Xperia Pro. Whether Sony can succeed with this very small target group remains to be seen. It is possible that Sony will rethink the pricing policy of its new flagship in the near future in order to make it more attractive for a broader mass. The MSRP of 2500 Euros is really steep in view of the non-existent brand-new hardware. 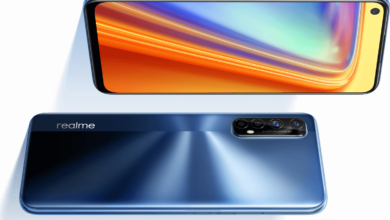 It has now been announced that Sony wants to launch its high-priced Xperia Pro here as well. Besides the high price, other special features catch the eye, but they will only attract a certain target group. The Japanese company has obviously developed the premium smartphone for professional content creators who have a camera from Sony’s … (Weiterlesen...)