Content creator der8auer, also known as Roman Hartung, knows what he’s talking about when it comes to PC hardware or peripherals. Nowadays, RGB lighting is a must for a gaming setup, but there are systems that work well and those that… you don’t really need. Via YouTube, Hartung has now chosen the worst RGB software 2022 and comes to a clear conclusion.

Various manufacturers like MSI, ASUS, Corsair, Razer or GIAGBYTE offer their own RGB software for their hardware and peripherals, which is supposed to help with switching and synchronizing the lighting. However, not every system works equally well in this regard.

Content creator and PC builder Roman “der8auer” Hartung has now compared the various systems with each other in his annual review and awarded the dubious award for the worst RGB software in 2022.

The results are based on the votes from the community, which could vote for the worst RGB software in a survey for about two months. Almost 6,000 participants cast their votes.

The RGB software Aquacomputer came off best. Around 31 percent of respondents said they had no problems with the system. That is already positive, although satisfaction with less than a third of the (surveyed) users is of course anything but optimal. On average, only eight percent of all respondents were satisfied with the RGB software they were using.

Problems with bugs, bloatware or compatibility

The survey for the worst RGB software 2022 was categorized, for example, according to what concerns the software and hardware compatibility, in terms of bloatware, bugs, UI problems, but also in terms of the frequency of updates or the fact whether certain features are behind a paywall – that is, whether you are asked to pay extra for them.

ASUS and Thermaltake share third place in the award for the worst RGB software. For Thermaltake, der8auer and the participants of the survey mainly criticize glaring bugs, because of which the adjustment of the RGB lighting often only works conditionally or not at all. On the positive side, Thermaltake does not hide any features behind a paywall and updates and synchronization were not criticized.

ASUS is tied for third place with ArmoryCrate and Aura Sync. Here, compatibility problems with solutions from other manufacturers, such as Corsair’s iCUE software, are criticized above all.

In the category of bloatware, i.e. additional software that is simply installed along with it even though nobody wants it, ASUS even lands on the second worst place – the sad leader here is Razer, where bloatware was criticized by 18 percent of the participants in the survey.

Second place of the worst RGB software 2022 goes to MSI, which also has “extremely many problems” according to the8auer. Especially in terms of software compatibility, MSI’s software lands on the last place, but UI problems and bugs are also alarming. Hartung also criticizes the registration requirement.

GIGABYTE has the worst RGB software 2022

On the other hand, the dubious prize for the worst RGB software 2022 is secured by manufacturer GIGABYTE. In the survey with around 6,000 participants, the manufacturer’s software only received a rating of 1.87 out of five possible stars in the overall evaluation.

With 20 percent in the category of bugs and 29 percent in the area of UI problems, GIGABYTE secures the sad top spot. At the same time, only 1 percent of all respondents said they had no problems with the RGB software.

In the end, der8auer comes to a clear conclusion: Especially in the area of hardware, a lot has changed in the past few years. Getting a bad graphics card or a bad motherboard is almost impossible nowadays. However, it would look quite different with the software. 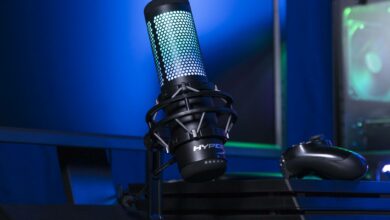 Content creator der8auer, also known as Roman Hartung, knows what he’s talking about when it comes to PC hardware or peripherals. Nowadays, RGB lighting is a must for a gaming setup, but there are systems that work well and those that… you don’t really need. Via YouTube, Hartung has now chosen the worst RGB software … (Weiterlesen...)