Exciting innovation in the multi-SIM rate plan Vodafone One Number. Those who use the multi-card solution can now use it on even more devices. Up to 10 devices such as smartwatches, smartphones, tablets and many more can now be equipped with a mobile number.

Vodafone One Number is being expanded

Vodafone One Number is being significantly expanded. Instead of allowing only two multi-SIM cards to use the same mobile number, as was previously the case, up to nine additional SIM cards can be used in the future, meaning that the customer’s own number can be used on a total of ten devices. One Number is available either as a classic SIM card or as an eSIM.

Within the Vodafone app, an individual device name can be created for each additional card. This is a function that Téléfonica, for example, has been offering for years. All SIM cards are covered by the same contract and are listed together on one bill.

For example, you can equip your smartphone, smartwatch, notebook and tablet with the same phone number and even use Echo voice assistants with Amazon’s Alexa to make calls.

Another special feature of Vodafone One Number: phone calls can be easily transferred to other devices. So you can take a call on the smartwatch and transfer it to your smartphone, for example, to continue it there.

All connected devices share the mobile data volume, but you can only make active calls with one device at a time.

What does Vodafone One Number cost?

Vodafone One Number strikes a monthly price of 5 euros in the mobile operator’s tariffs. On rates with unlimited data volume, the multi-SIM solution costs 10 euros per month. There is also a one-time activation fee of 40 euros.

For Red L and RED XL, the solution has been integrated since November 03, 2020, while the Vodafone tariffs Young L+ and Young XL also have One Number integration since February 08, 2022. You can find more details directly on the Website of Vodafone. 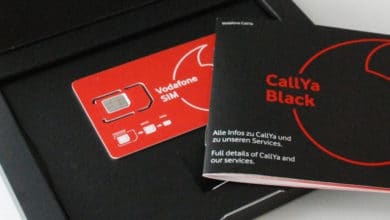