Now that electric cars have reached the mainstream of society, the next big step seems to be autonomous driving. Self-driving cars that serve only as cabs for the driver are the ambitious goal of many companies. Now VW and Bosch have apparently teamed up to make this a reality.

Is this a promising combo coming our way? Bosch and VW want to throw their respective strengths into a pot to ultimately take autonomous driving a giant step forward. In addition to a kind of supporting autopilot (Level 2), even a fully automated mode (Level 3) is said to be in development. This announced both companies in the context of a press release now

“These are so-called Level 2 hands-free systems for city, country and highway as well as a system in which the vehicle takes over the complete driving task on the highway (SAE Level 3)”

Obviously, the two companies seem to be extremely serious about working together. After all, the first results are to be experienced in VW’s vehicles as early as next year. By no means are only VW models such as Golf, Passat & Co. affected. Rather, the cooperation is to affect the entire VW Group and thus possibly also brands such as Audi, Skoda and Porsche. Audi is no stranger to autonomous driving. After all, the company already talked about a visionary “traffic jam pilot” almost five years ago. This was supposed to make highway driving more pleasant. However, Audi discontinued its development in 2020. Bosch could provide a great deal of expertise to support this development. After all, the company has already developed a comparable autopilot for Daimler. The collaboration with the automotive group, which includes Mercedes Benz, ended only recently. Full of drive, Bosch could now lead VW to pioneering technologies.

Focus for both companies

The project appears to be prestigious for both VW and Bosch. For example, the two companies talk about bringing together probably “significantly more than 1,000 experts” during the development phase. Piece by piece, they want to make autonomous driving socially acceptable and suitable for the masses. One of the many pieces of the puzzle that is still missing is recognition of the vehicle’s environment. Accordingly, one of the focal points is “data-driven software development based on information from a 360-degree survey of the environment. Here, the focus is on artificial intelligence. We are curious to see if and when the collaboration between VW and Bosch will bear fruit. After all, German automakers really need to get a move on if they want to keep up with the global e-car competition.

Electromobility: LUCID to deliver electric cars to Europe this year 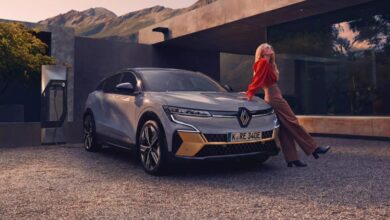 Now that electric cars have reached the mainstream of society, the next big step seems to be autonomous driving. Self-driving cars that serve only as cabs for the driver are the ambitious goal of many companies. Now VW and Bosch have apparently teamed up to make this a reality. The new dream team? Is this … (Weiterlesen...)