In quad-band operation, six to 16 simultaneous streams are said to enable data transfers at speeds of up to 33 Gbps. In the tri-band 1220 platform, it is 12 streams with up to 21 Gbit/s, the Pro 820 platform realizes 16 Gbit/s in 8 streams and the Pro 620 platform 10 Gbit/s in six streams.

Here, the four bands in the new Wi-Fi 7 standard are composed of two 5 GHz bands, one 2.4 GHz band and one 6 GHz band. Compared to Wi-Fi 6 / 6E, not only higher speeds are offered, but also Multi-Link Operations (MLO) and an adaptive channel bandwidth optimization technology called Adaptive Interface Puncturing (AIP).

The Multi Link Operation technology allows multiple channels on different frequencies to be combined. This is said to enable a significant improvement in terms of signal quality as well as speed.

For example, AIP is said to minimize interference and reduce data congestion with lower latencies as well as higher data throughput. Compared to the current Wi-Fi 6 standard, it opens up to 320 MHz channels in the 2.4-, 5- and 6-GHz spectrum.

Thanks to 4K QAM, this means that in theory four times as much data per stream is available during transmission. It can be assumed that the new Qualcomm Wi-Fi 7 Networking Pro Series will first find its way into professional business networking devices.

However, future high-end routers are also to be equipped with the new 802.11be standard, but it will probably be quite a while before that happens. The Wi-Fi 6/6E platforms are to continue alongside the new standard. At the beginning of January, manufacturer MediaTek had already tested the Wi-Fi 7 standard. Here, the manufacturer assumed that first Wi-Fi 7 devices should be available in stores from 2023. 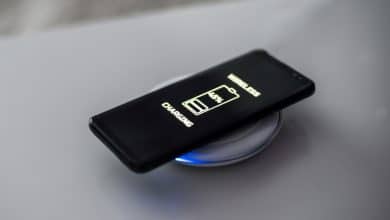 Qualcomm pushes for lifting of trade restrictions with Huawei