The latest app to help fight corona goes by the name of “Luca”. It promises a lot. The developers advertise with the slogan “Experience life together. But how does it differ from the classic Corona-Warn-App of the Robert Koch Institute (RKI)? Quite simply, the focus here is on simple contact tracking. The goal here is to give citizens more freedom again. Is Luca capable of doing this?

In the meantime, the Corona pandemic has occupied politics as well as society for over a year. Thanks to existing vaccines, we will hopefully still get the virus under control in 2021. Nevertheless, the Covid-19 disease continues to run rampant at an alarmingly high rate. This is due in no small part to special mutations that ensure faster transmission of the virus. For this reason, it is hardly surprising that there is now a desperate search for alternatives to so-called “herd immunity” through vaccination. In addition to rapid tests for private households and increasingly reliable protective masks, digital options are also playing a major role. For example, the EU only recently discussed a digital vaccination card (we reported). Our smartphones as everyday companions have so far played a rather subordinate role. Since its release, the Corona-Warn-App has come in for harsh criticism. Its usefulness is too limited, experts say.

Now a television appearance by Smudo has caused a furor. The member of the hip-hop combo “Die Fantastischen Vier” promoted the new Corona app “Luca” on the ARD program Anne Will. This app is supposed to make contact tracking a lot easier. This could actively support the health authorities, which have been overloaded for some time. After all, it sometimes takes them several days to find out who the contacts are and then to contact them. Not only the rapper himself is enthusiastic. Politicians are also positively surprised and convinced of the possibilities. In addition to NRW Prime Minister Armin Laschet, Chancellery Chief Helge Braun has also made it clear that there are many opportunities in “Luca” in the fight against the pandemic.

Collaboration of IT startup and HPI

Fanta Vier musician Smudo was not the only person responsible for developing the app. Other artists were also involved. The Berlin IT startup neXenio provided the technical know-how. The founders received support from Bundesdruckerei and the Hasso Plattner Institute (HPI), founded by the IT billionaire of the same name. The app was not primarily developed to make cultural events such as theater visits or concerts possible again. In addition, all those involved promise extensive benefits for all areas of social interaction. This includes restaurant visits as well as private celebrations.

Anyone who remembers the release of the Corona-Warn-App can certainly recall the issue of data protection. A gigantic hullabaloo was made about the data security of the registered users. In the wake of this, the release of the app, commissioned by the RKI and the German Federal Ministry of Health, was delayed by months. Accordingly, Luca’s developers took great care to ensure that their users’ data was secure. They themselves emphasized this as follows: “Your QR code can only be read by the health department, and only to trace infection chains. Event organizers or anyone else can never decrypt, read, or do anything else with your QR code.” To ensure this comprehensive protection, the developers probably relied on close cooperation with experienced data protection experts from the early development phase. They justified this as follows: “after all, it doesn’t help anyone if we first develop something that is not approved by the data protectors in this way.”

Relief of the health offices

Like a tsunami, the wave of the Corona pandemic rolled in on the German health offices. To this day, there are regions in this country that are simply overwhelmed when it comes to contact tracing. This is where Luca could be a real relief, according to Smudo. The musician told WDR, for example, that the app would be a “massive relief for the health authorities.” The basis of Luca are QR codes that each individual member has. Should a user attend a concert or eat in a restaurant, for example, the code is scanned. This would put an end to the annoying and often tiredly ridiculed paperwork. Anyone who can still remember the summer will certainly remember how lovelessly some people filled in the corresponding personal details.

The code is collected anonymously. Subsequently, a cooperation with the health authorities takes place. After all, if it turns out in retrospect that one of the visitors has Covid-19, the health department will find out. Now it can use the data provided by Luca for contact tracing. However, it must be said that health departments “can” use this option. After all, they have to participate in Luca in order to ultimately be able to obtain the relevant data. As it turns out, managing such a connection of health offices is still proving difficult so far. However, initial state leaders such as NRW Prime Minister Armin Laschet have already expressed cautious interest.

Luca is by no means intended to be a replacement for the Corona-Warn-App, according to its developers. Instead, they say, it can be seen as a “good add-on.” After all, for all its smart ideas, Luca doesn’t offer the capabilities that a Corona-Warn-App reveals. The app for iOS and Android, which was launched by the RKI, is intended to break chains of infection that could arise as a result of contact with a demonstrably infected person. Unlike Luca, the Corona-Warn-App also works in the background and does not have to be actively opened. Thus, the Corona-Warn-App sees itself more as an immediate warning to the users themselves. Luca, on the other hand, is primarily intended to help public health departments with contact tracing.

Already established in the north

There are already places in the Federal Republic where “Luca” is being used. Especially in coastal regions, the app enjoys numerous users. The islands of Amrum, Sylt and Föhr, for example, are already relying on cooperation. The reason for this is not least the shaken economy. Due to the disastrous situation of the tourism industry, corresponding places want to be prepared for the case of quick openings. On Sylt alone, 200 businesses are already using the app – and the trend is rising. In the process, hairdressers, fitness studios and doctors’ offices now also want to establish the new app. The first major city to rely on the possibilities offered by “Luca” is Rostock. Mayor Claus Ruhe Madsen, for example, wants to ensure that the first soccer matches with spectators are held in the coastal city as early as March. In addition, cultural events and the opening of the retail trade are to be made possible. We are already curious to see how Luca will perform in practice. 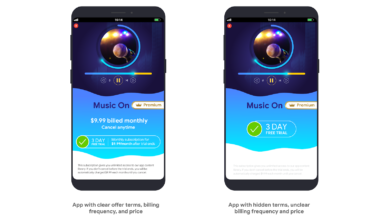 Six new functions for the Corona-Warn-App