The PCI Express 3.0 interface has established itself as a standard over the last 10 years and can be found on almost every motherboard. This will probably not be shaken this year either, although the successor PCI Express 4.0 has been on the market since the beginning of the year. The question is: Is it even worth the effort? Can I expect a better performance when dodging? We have got to the bottom of it.

General information on PCIe: What you as a consumer should know

We don’t want to doubt your knowledge, but maybe it will be helpful for some of you to know what PCI-Express (Peripheral Component Interconnect Express) actually is. The bottom line is that it is a standard interface for plug-in cards that you can use to expand or improve your system. These are usually located on the mainboard of your computer, server or notebook in the form of a slot. This means that you can connect peripherals such as graphics cards or even some SSD hard drives directly to the system and communicate with the processor and chipset without detours.

The first version of the PCIe interface was introduced in the early 2000s and replaced the conventional PCI slot, PCI-X and also the then widely used graphics card interface AGP. PCIe made significantly higher data transfer rates per pin possible. In addition, data transmission changed from parallel to serial, which increased the performance of the slots many times over.

What does a higher data transfer rate actually mean?

Of course, the most important thing for you as a gamer is that your system runs flawlessly. A few improvements here and there really can’t hurt. What, among other things, makes sure that this is the case? A high data transfer rate. But it’s not just your Internet connection that’s at issue here, because performance can also drop off in the system itself if the individual components are not perfectly matched. In the gaming sector, the graphics card plays a considerable role. That means: The higher the data transfer rate of the PCI Express connection, the higher the maximum possible performance of the graphics card and thus the gaming performance. This should be the basic principle in any case, because graphics cards are becoming faster and faster and require an ever higher bandwidth to transfer data. If, on the other hand, the interface were not further developed, a bottleneck would arise in data transmission and the actual potential of new, more powerful graphics cards would be unused in the not too distant future.

In order to use PCIe 4.0, you need boards with certain chipsets. But you are not yet on the safe side. Although some Z490 mainboards coming out later this year will support the new standard, by far not all. AMD’s Ryzen 3000 series processors already work with PCIe 4.0, but only in conjunction with an X570 chipset and a navigation-based graphics card. Intel, however, wants to introduce this doubling of bandwidth only with the new processor generation and not already with Comet Lage-S, although some boards would already be capable of it. There are even rumors behind the scenes that Intel is about to go for the 5.0 standard. This leads not only to confusion among end customers, but also among the manufacturers themselves. The missing guarantees on the part of Intel are one of the reasons why board manufacturers are not yet peddling their (even if sometimes compatible) PCIe 4.0 support.

The leap from PCIe 3.0 to 4.0 not only brings – as expected – a higher bandwidth. The now maximum 2 GB/s per lane opens up many new possibilities in connection with several graphics cards or NVMe SSDs. Thanks to new controllers, the latter are already often working at the PCIe limit and could deliver even higher data rates with a system upgrade. However, the new standard also brings other features with it. The higher bandwidth can be used, for example, to use the available system memory (RAM) for swapping out when graphics memory becomes scarce (4K gamers can tell you a thing or two about it). This already worked in 3.0, but with considerable speed losses and frame drops.

But is double bandwidth = double performance ?

In theory, twice the bandwidth should therefore also produce twice the performance. Benchmarks have shown that the performance of the current graphics cards increases only slightly, at least for the moment. This means that they are in the single-digit percentage range, if at all. Although the data transfer rate of PCIe 4.0 has been doubled compared to PCIe 3.0, very few graphics cards already use this available bandwidth at all. As nice as it sounds: You can’t get more performance out of a graphics card than what it is designed for – apart from the overclocking potential. Furthermore, there are currently only a few PCI Express 4.0-capable components on the market, which in turn have to be specifically matched to each other. Even if you upgrade to 4.0, you may still experience losses and trade-offs that may not result in what is relevant for a gaming system.

Nevertheless, there are a few scenarios where a PCIe 4.0 upgrade would be worthwhile. If you actually have a graphics card that, in conjunction with other cards and chipsets, exceeds the maximum bandwidth of your PCIe 3.0 slot, a 4.0 upgrade might help. Especially in conjunction with NVMe SSDs, which are usually limited to four PCIe lanes. This could double the maximum possible transfer rate of 4 GB/s, for example, which would result in reduced loading times for games. Extremely fast network adapters could also benefit from this. Another advantage is if you use one of the many entry-level graphics cards with only one PCIe x8 connection. This will experience a noticeable speed boost with twice the possible bandwidth. Since each system only provides a certain number of PCIe lanes, and this number can quickly become scarce depending on the processor and chipset, it is often not considered. For this reason it is possible that systems with two graphics cards or a 10 Gigabit LAN adapter are already operating at the limit of the maximum possible and a huge, braking bottleneck is created.

An upgrade to the new PCIe 4.0 standard would be quite justified in some synthetic benchmarks and special use cases such as video editing, CAD or 3D rendering. For die-hard gamers, however, the innovation still offers too few advantages to justify a change (which is still very expensive, especially at present). Current games push the fewest graphics cards to the bandwidth limit, so there is still a little time left to bet on the new technology. Already in the near future, 4.0 could temporarily become the new standard and produce a number of new graphics cards that take advantage of and benefit from the increased bandwidth. However, PCIe 5.0 is expected to be in the starting blocks and roadmaps of many manufacturers as early as 2021, providing even more bandwidth. 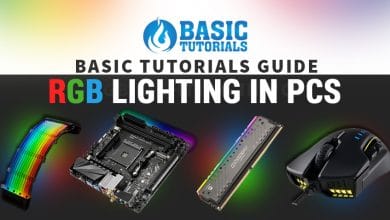 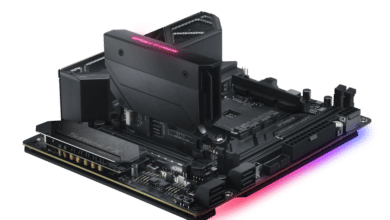 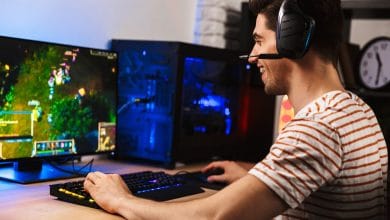 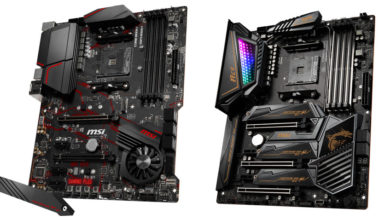