During the E3 2021 keynote, Razer announced the return of an ultra-thin gaming notebook. The powerful Razer Blade 14 is designed for performance and should be able to handle even the most demanding games. For the first time, the manufacturer relies on a processor from AMD.

The Californian manufacturer expands its notebook repertoire with a compact 14-inch gaming laptop. However, the AMD Ryzen 9 5900XS is not the first Intel CPU under the hood.

The new Razer Blade 14 is primarily aimed at ambitious gamers. Eight CPU cores including 16 threads and a speed of up to 4.6 GHz are supposed to enable the fastest gaming performance in its class.

But the rest of the features are also impressive. 16 GB of DDR4 RAM with a 3200 MHz clock rate and a 1 TB M.2 NVMe SSD are part of the standard equipment of the new Blade.

A GPU from the current NVIDIA GeForce RTX 30 series also ensures the best possible graphics performance. Depending on the configuration, Razer equips the Blade 14 with a GeForce RTX 3060, 3070 or 3080.

Of course, the new Razer Blade 14 cannot be without the Razer Chroma RGB backlighting on the keyboard. In terms of acoustics, the notebook also relies on immersive THX Spatial Audio from the integrated stereo speakers.

An array microphone is already integrated, and other audio devices can be connected via a 3.5 mm jack. When connecting via HDMI (including the new 2.1 standard), even a 7.1 codec is supported.

Two USB 3.2 Gen 2 Type-C with charging capability, as well as two USB 3.2 Gen 2 Type-A for connecting older devices round out the compact notebook. With dimensions of 16.8 mm x 220 mm x 319.7 mm, the Blade 14 is undoubtedly one of the most compact representatives of its class. A unique vapor-chamber cooling solution is supposed to keep the temperatures of the approximately 1.78 kg device in check.

Razer offers the Blade 14 in a total of three configurations. Starting at an MSRP of 1,999.99 euros, the base model comes with a 144Hz display including FullHD resolution and the GeForce RTX 3060.

The variant with 165 Hz and GeForce RTX 3070 is available for 2,399.99 Euros, while the comparably equipped top model with GeForce RTX 3080 costs 2,999.99 Euros. The new Razer Blade 14 is now available on the manufacturer’s homepage, in Razer stores and at selected retailers. 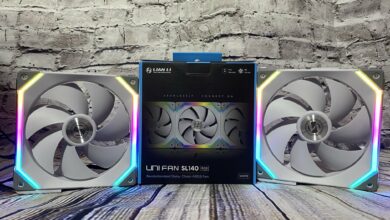 Test of the Aorus 7 KB: Gaming notebook on the test bench 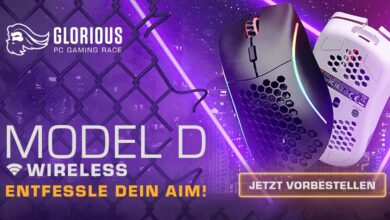 During the E3 2021 keynote, Razer announced the return of an ultra-thin gaming notebook. The powerful Razer Blade 14 is designed for performance and should be able to handle even the most demanding games. For the first time, the manufacturer relies on a processor from AMD. Compact high-end notebook with 14 inches The Californian manufacturer … (Weiterlesen...)