With the Sharkoon SKILLER SGS30, the German hardware and peripherals manufacturer adds another model to its gaming chair series. At the end of last year, we already tested another model of the series with the SGS20. However, the new one in the series is marginally more expensive, but also comes up with some improvements in return – at least according to the manufacturer’s product details. We have tested the SKILLER SGS30 gaming chair for you.

We were astonished when the SKILLER SGS30 was delivered on a small pallet by a shipping company. However, this is also no wonder, because the dimensions and weight of the packed chair are well above average at 88 x 69 x 38 cm and a proud 35 kg. After we had heaved the carton with difficulty to the 1st floor, we first took a look at the information printed on the cardboard box.

In addition to detailed specifications about the SGS30, we were also able to find an overview of what is inside the box. Furthermore, a colored dot provides information about which colored model is inside the package. Our model should have the color black-pink. Moreover, the Duo-Tone model is available in the base color black with an accent (red, white or beige) in each case. Beyond that, the SGS30 is also available as a Fabric variant. However, currently only in one color scheme – namely black-gray.

After scrutinizing the exterior of the box, we set about unpacking it. Carefully, we opened the package. The first thing we spotted was a layer of foam with a general warning placed on it. After removing the layer, we revealed the instructions and the neatly packaged individual parts of the SGS30, which are separated from each other by further layers of foam. We are not logisticians, but it can be concluded that the elaborate packaging means that transport damage can almost be ruled out. Moreover, the rolls and other small parts were packed in an additional cardboard box.

Carefulness even with the individual parts

After taking all the components out of the box and removing any further packaging material from the individual components, we meticulously inspected each component for any production defects or material damage. To our delight, however, we did not find anything. Everything was in perfect order on our model. Every single part was cleanly processed and made a solid and high-quality impression. Neither the seams themselves, the partly elaborate embroidery, nor the seat or the backrest showed any visible defects.

Intuitive assembly: one assembly step ahead

For those who shy away from assembling a gaming chair, the SKILLER SGS30 has you covered. Not only are the assembly instructions easy to understand and the individual steps well described, but the armrests are also pre-assembled. Thus, the assembly is no problem even for laymen and usually does not even require instructions – the manufacturer has even thought of gloves.

However, we can advise you to have another person help you with the assembly. This makes the assembly much easier, since the individual components are quite heavy. The bottom line is that the assembly is done quickly. It took us about 45 minutes, despite the photos.

The ergonomic design ensures that the spine is sufficiently relieved. To provide further support for the back and increase the feel-good factor, the SKILLER SGS30 is equipped with a loose head pillow and a lumbar pillow. Both elements are covered with a microfiber cover and thus accentuate the PU leather. The fabric feels pleasant on the skin, can be easily removed with a zipper and washed if necessary. The cushions are filled with memory foam, which adapts to the respective body shape. However, we have the feeling that the lumbar pad in particular could be a bit firmer and the pillow a bit softer.

Here we can also directly link to design details. The model sets an interesting contrast to the black basic tone with eye-catching elaborate emblems and decorative stitching in red, white, beige or even bright pink. The embroideries are flawless and of a high quality and do not show any defects. There are a total of 3 embroidered applications on the SGS30 itself: On the back, the logo and the manufacturer’s name have been combined in one lettering – at the height of the neck. The manufacturer’s logo is emblazoned on the front of the back, the shark fin at head height, as well as the Sharkoon lettering on the left shoulder cup. In addition, the model name has been embossed into the PU leather in the upper half, which gives the gaming chair an exclusive touch. Further embroidery can be found on the two cushions. The lumbar support is decorated with the name and the corresponding logo of the model series, and the shark fin can be found again on the head cushion. Geometrically converging decorative stitching emphasizes the individual accents and completes the design.

Technical details at a glance

Let’s face it, there are good gaming chairs and bad gaming chairs, but compared to other competitors in the price range, the SGS30 really has a lot to offer. For example, there are the 3D armrests with a soft-touch surface that can be adjusted vertically in several steps. The same applies for forward and backward, but also the angle outward and inward.

In contrast to the SGS20, the rocker mechanism on the SGS30 is much smoother and can also be adjusted between 3° and 14°. In addition, the backrest can be continuously adjusted by up to 165°, depending on requirements. If one exhausts both features, the gaming chair can almost be brought to a complete horizontal position. Thus, the SGS30 is also ideally suited for a horizontal reclining session.

The base assembly in detail

As usual with Sharkoon, the manufacturer generally seems to put a special emphasis on the bottom assembly. The solid aluminum star cross, which forms the base together with the 75 mm casters, is very solidly manufactured and ensures a firm stand. Speaking of casters, these outshine those of the cheaper predecessor model – and not only in terms of size, but also in terms of workmanship 😉

Other parts of the base unit, such as the class 4 gas lift, which Sharkoon grants a maximum weight of 130 kg, as well as the base plate, also appear high-quality and resilient to us. Unfortunately, we noticed during assembly that the manufacturer did without the felt glides in this model, which gave the SGS20 a clear plus point. However, only the long-term test will provide insights here as to whether these are really necessary.

Admittedly, the pun might mislead some people a bit. In fact, the seat’s padding is rather soft in nature despite a foam density of 55 to 60 kg/m³, while the frame’s struts are made of 20 to 22 mm hard steel. But back to the more supple materials. The backrest is kept relatively hard compared to the seat. However, the additional cushions in the head and lumbar area make up for this.

A quick word about the underside of the seat: Just like the SGS20, the seat is supported by elastic rubber cords. This favors a pleasant, flexible sitting experience and of course also during longer gaming sessions.

Armrests put to the test

We have already explained that the armrests can be moved in 3 different directions: up and down in steps, back and forth, and sideways in and out. Just like the previous model, the mechanisms are quite smooth. However, you don’t have to worry about the armrests failing at the crucial moment. They are firm and solidly manufactured. Anyway, the height of the armrest can only be moved up or down via a small lever, which is located directly on the armrest itself. Only by operating the mechanism you can unblock it and choose between 6 different heights (engagement points). The area of the armrests measures 260 x 90 mm.

All-rounder with attention to detail

Yes, the SGS30 is an all-rounder. It can convince with its elegant, but at the same time simple design as well as in its functionality. Above all, however, it is the many small but fine details that set it apart from other models in its price range (did we mention the included stickers?). That’s why we think that Sharkoon has launched a convincing upgrade of its popular entry-level SGS20 model with the SGS30. While the marginally upgraded version is a touch more expensive, it is also a bit better equipped in parallel. The SGS30 is a great all-around gaming chair with a few minor flaws that aren’t worth mentioning.

Regardless of whether you have a tall or short build, a slim or rather athletic physique, the model is basically suitable for a wide range of different body types. So, if you are looking for a gaming chair that is still quite affordable and suitable, you should definitely take a closer look at the Sharkoon SKILLER SGS30.

Versatile gaming chair with a sturdy and cool design. 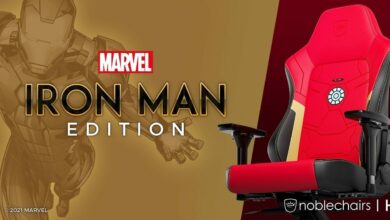 With the Sharkoon SKILLER SGS30, the German hardware and peripherals manufacturer adds another model to its gaming chair series. It is the direct successor of the SGS20, about which we also wrote a detailed review at the end of last year. However, the new model is marginally more expensive, but also offers some improvements – … (Weiterlesen...)