For many years, Samsung was considered the blocking leader when it comes to smartphones based on Android. This was not only true for the smartphone flagship segment, which the manufacturer skillfully covered with its S-series. Samsung also had a few aces up its sleeve in the mid-range, especially with its A-series, which offered a lot of smartphone for a small price. However, the competition has now caught up with the tech company from South Korea. In particular, manufacturers like Xiaomi or Poco can boast with a value for money that Samsung often cannot keep up.

Nevertheless, the company is also sticking to its mid-range devices. Today, we want to take a closer look at the Samsung Galaxy M33 5G, a new representative of this lineup. We ask ourselves several questions. What is the difference to the Galaxy M23 5G (our review) with almost the same name? How does the Galaxy M33 5G compare to the competition? And most importantly: How much smartphone do you get for an MSRP of 349.00 Euros? We’ll tell you in our Samsung Galaxy M33 5G review!

The similarities to the Galaxy M23 5G sibling already start with the scope of delivery. After all, Samsung also shows itself rather restrained when it comes to accessories for the Galaxy M33 5G. Besides the smartphone itself, only the charging cable (USB-C to USB-C), the usual paperwork, and the SIM tool are found in the correspondingly flat packaging. Apparently, Apple’s power supply policy also seems to have an impact on manufacturers in the Android camp.

And that was not all with the similarities. A look at the front even makes the Samsung Galaxy M33 5G look like a twin of the Galaxy M23 5G. Both smartphones have the same 6.6-inch display with correspondingly slim screen edges as well as a teardrop notch at the top center, where the front camera is located.

A look at the sides reveals that the arrangement of the individual components is also identical. The standby button with integrated fingerprint sensor and volume rocker are on the right side of the device. On the left side is the SIM card slot with room for two nano-SIMs and a microSD.

Samsung only places a microphone at the top. At the bottom, the USB-C port is located next to a speaker, as well as another microphone and a 3.5 mm jack. A look at the back reveals more obvious differences. For one thing, there is the color. Our test model of the Galaxy M33 5G comes in Khaki Green.

Compared to the Dark Green of the Galaxy M23 5G, this one is not only brighter. On top of that, it offers different color variations depending on the angle of incidence of the light. This makes a noble impression. Otherwise, Samsung also relies on a matte finish for the Galaxy M33 5G, which largely prevents ugly finger smudges. However, these also appear after a while of use.

The back is not quite as matte as on the M23 5G. You can then clearly distinguish the smartphone from its sister device due to the quad camera. Samsung relies on an arrangement that strongly reminds of the iPhone here. The Galaxy M33 5G is by no means a compact smartphone. With 198 g, it is not only relatively heavy. On top of that, it is anything but handy with 165.4 x 76.9 x 9.4 mm.

Due to the rounded edges, I have problems operating the mid-range device comfortably with one hand. The fear that it could slip out of my hand is too great. I would have liked an angular design better here. However, that is a matter of taste and depends on personal preferences. It is certain that Samsung can create the feeling of holding a high-quality device in the hands despite the plastic casing. This is mainly due to the high build quality.

After bringing to light many similarities to the Galaxy M23 5G in terms of design, we come to differences in the area of performance. The Galaxy M33 5G relies on an octa-core processor manufactured in the 5-nanometer process, which clocks with a maximum of 2.4 GHz. It is supported by 6 GB of RAM. In comparison, the M23 5G “only” offers 4 GB of RAM and up to 2.2 GHz with its Snapdragon 750G 5G. So, on paper, the Galaxy M33 5G is the significantly stronger device. But can you feel that in practice? First, we want to take a look at the respective 3DMark results. This is particularly important for playing mobile games.

The Galaxy M33 5G achieved 2240 points in the Wild Life test. In contrast, the somewhat weaker equipped Galaxy M23 5G achieved 1116 points. Thus, the just under 60 euro expensive M33 5G doubles the score of the M23 5G. A similar picture emerges in Geekbench. While the Galaxy M33 5G achieves 746 points (single-core) and 1887 points (multi-core), the M23 5G achieves a weaker 647 points in single-core and a curiously better 1935 points in multi-core. These differences are also evident in the performance. The Galaxy M33 5G runs very smoothly. Especially in combination with a 120 Hz display, it is really fun to browse through the apps. There is also not much to complain about in terms of gaming. Very demanding games occasionally suffer from stutters, but the usual games are no problem.

Samsung relies on a TFT panel for the Galaxy M33 5G’s display. This resolves with 1080 x 2408 pixels (FHD+) in the mid-range smartphone. On top of that, the South Korean manufacturer wants to score with a refresh rate of 120 Hz. This is probably also what forced Samsung not to design the 6.6-inch display based on an OLED panel. After all, it is technically easier to provide TFT panels with a high refresh rate.

Unfortunately, the lack of the Samsung-typical AMOLED also ensures that especially a direct comparison to OLED panels leads to the M33 5G’s display not really seeming up-to-date. This is especially obvious when looking at the recently reviewed Redmi Note 11 Pro+ 5G (test). Especially in terms of contrast, the TFT display consistently draws the short straw. Here, black is rather a very dark gray. Potential buyers of the M33 5G should definitely keep this in mind.

After all, AMOLED displays have now definitely arrived in the mid-range as well and are by no means an exclusive luxury for flagship smartphone owners anymore. The difference in colors might not be quite as serious, but the M33 5G cannot really keep up here either. Only the brightness does not give reason for complaint. As long as the sun does not shine directly on the device, everything can be recognized well. We hope that Samsung will rethink in the next generation. After all, the company is considered the number one expert and supplier of high-quality AMOLEDs.

However, when we talk about the Galaxy M33 5G’s display, it would be unfair to complain exclusively. After all, it offers a refresh rate of 120 Hz. This ensures that you can scroll without annoying stutters or distorted images, but you can also play games. A real treat for the eyes! The refresh rate can be adjusted so that it does not eat up the battery too much. In this case, it adapts to the respective application. Thus, the device only increases the refresh rate when you are playing a fast game or scrolling in the browser.

You shouldn’t expect any real miracles, though. However, the camera offers everything that average users expect from their smartphone. For example, the panorama function of the ultra-wide-angle camera is cool. It enables a shooting angle of 123 degrees, which makes nice group photos possible. The additional depth camera is also cool. Finally, a portrait shot is possible with this, which conjures up cool effects with depth of field.

Of course, a selfie camera should not be missing either. This is once again the same as the one Samsung has installed in the Galaxy M23 5G. A resolution of 8 megapixels ensures sufficiently sharp selfies. Videos are also possible under the same conditions as in the sister device. That means you can record moving images in a maximum of 4K at 30 frames per second.

Battery power for all day

Samsung’s M series has always stood for an enduring battery and Samsung does not deviate from its line with the Galaxy M33 5G. Thus, the large smartphone also has a correspondingly large battery that has a capacity of 5,000 mAh. The result is impressive. You can easily get through the day with the Galaxy M33 5G if you are an average user. If the battery is empty, you will benefit from a quick-charge function that is supposed to quickly revive the battery with 25 watts of power. However, the competition is also ahead here. For example, the Redmi Note 11 Pro+ 5G, which is only about 50 Euros more expensive, can be charged with an impressive 120 Watts. Thus, it really outclasses the Galaxy M33 5G.

In terms of connectivity, the device also offers everything that an average user needs. For example, the M33 5G supports the WLAN standards 802.11 a/b/g/n/ac (2.4 GHz + 5 GHz) and VHT80. Bluetooth 5.1 and NFC are also included. Thanks to a 3.5 mm headphone jack, wired headphones can also be used comfortably. Samsung even promises Dolby Atmos sound with the corresponding compatibility. The DUAL SIM feature is also cool. There is room for two nano-SIMs and a micro-SD in the card slot. As you can see from the name of the Galaxy M33 5G, it also offers the most modern mobile standard.

The Samsung Galaxy M33 5G is a good mid-range smartphone. However, it is not more than that. Samsung has to slowly face the facts in 2022 and cannot keep up with the competition from China. Samsung’s mid-range device offers a solid performance, a good camera, and a long-lasting battery, but it weakens in its main discipline. It is the display that is the real Achilles’ heel of the M33 5G. Although it offers buttery-smooth motion pictures thanks to 120 Hz, the image reproduction is not really up to date since it is only a TFT display. The result is only satisfactory contrasts and not very vivid colors. If you can afford 50 Euros more, you should look for a competitor like the Redmi Note 11 Pro + 5G. Except for the camera performance, this one outshines the Samsung smartphone.

The Samsung Galaxy M33 5G convinces with a good performance, great build quality and a long-lasting battery. Unfortunately, the display is only satisfactory. Other manufacturers can do better at a similar price. 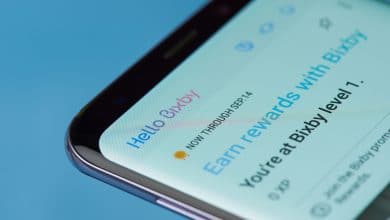 For many years, Samsung was considered the blocking leader when it comes to smartphones based on Android. This was not only true for the smartphone flagship segment, which the manufacturer skillfully covered with its S-series. Samsung also had a few aces up its sleeve in the mid-range, especially with its A-series, which offered a lot … (Weiterlesen...)