With the LS50X, the PowerA subsidiary LucidSound has a headset on offer that is aimed specifically at gamers and especially at Xbox gamers. Thanks to an included Bluetooth adapter, the headset can be used wirelessly on the PC and on the Xbox One as well as the Xbox Series S/X. Furthermore, LucidSound advertises the headset with two microphones, parallel connection to playback sources and various features like an optional ambient recording, among others.

How the LucidSound LS50X performs in practice, and which features the headset comes with for its price of € 195.53 * [test time: 270 € or 250 US dollars at the manufacturer], we clarify in the following test.

In addition to the headset itself, LucidSound also supplies various accessories. These include a hardcase carrying case, the optional microphone as well as the Bluetooth adapter, a manual and a sticker with the manufacturer’s logo. In addition, there is a 60 cm USB-C charging cable as well as a 120 cm jack connection cable, although LucidSound unfortunately omits a sleeve in both cases. A Y-splitter for the jack cable is also not included. The focus is therefore clearly on playback via Bluetooth.

The LS50X relies on the usual headset design with headband and over-ear earcups. The latter are thereby connected to the headband by a twisted-bent metal construction, which gives the headset a high-quality look.

The ear cups contain the electronics, including the battery and the Bluetooth receiver. In addition, the ear cups also house the controls and ports: On the left, there are two signal LEDs, a USB-C charging port, a four-pin jack socket, a socket for the plug-in microphone and the on switch.

On the right side, on the other hand, there is an additional button that can be used to adjust the equalizer or reset the Bluetooth connection during operation. On the outer sides, there is also a button underneath the manufacturer’s logo, which is surrounded by a rotating ring. The configuration of the headphones is done through these controls.

The speakers are, as usual, covered by a layer of fabric and surrounded by foam pads. These can be pulled off with a flick of the wrist and thus replaced. On the sides, the upholstery is made of imitation leather, while on the skin itself there is a fabric fabric.

Faux leather, in this case quilted, is also used on the headband. Apart from the padding, however, LucidSound relies on black plastic here, which is also used for the switching of the ear cups.

With regard to the build quality, we can attest positively to the LS50X: The headset’s construction is sturdy and there are no damages or noticeable processing defects to be found. The seam on the ear pads that connects the faux leather to the overlay fabric doesn’t have quite even edge spacing, but that’s hardly noticeable and shouldn’t hurt durability.

LucidSound offers various degrees of freedom on the LS50X, allowing the headset to adapt well to individual head shapes. The adjustment in width is made by the bendable headband, moreover, the height adjustment is also accommodated in this. In addition, the ear cups can be tilted by joints and rotated with a large margin, so that the LS50X can adapt well to different head shapes.

In the field test, we found the wearing comfort of the headset to be very good: even after hours, we found the LS50X to be consistently comfortable, despite the built-in electronics and the weight that comes with it. Most of the time, we could simply forget that we had it on.

The LS50X adapts well to different head shapes due to the various joints, and the heat development is also within the usual range for an over-ear headset. Sweat did not develop, which is probably favored by the pleasant fabric padding and the currently moderate temperatures.

The LucidSound LS50X can be connected via Bluetooth as well as via jack. In both cases, operation is thereby possible directly via the headset, which is made possible by a rotary wheel in combination with a button per ear cup.

The LS50X can be connected to both a Bluetooth device and the included dongle at the same time. The two audio sources are mixed internally and can both be heard simultaneously. This allows you to feed in music from your smartphone while playing games, for example – this worked well in our test.

If two devices are connected at the same time, they are controlled separately in two modes: The headset can either be in Bluetooth mode or in game mode (dongle mode), which allows configuring the two playback sources. The volume can be adjusted, an ambient recording can be activated and the microphone can be muted. If you use the clip-on microphone, a signal LED lights up when muting is active. Additionally, there are some settings that are only available for one of the two modes – for example, pausing songs.

We find the concept of parallel playback well implemented, and some users might find useful applications here. We also find the operation intuitive and well implemented after a short learning phase. We only find it a pity that the Bluetooth dongle does not have full Windows integration: It can be used immediately and without problems without drivers, but the Windows volume setting has no effect on the headset. However, we quickly got used to only using the volume wheel on the headset.

If the headset is used via Bluetooth or the included dongle, the power supply is provided by the built-in battery. According to LucidSound, this should be sufficient for about 20 hours of use, which we can confirm. The headset lasted just over 24 hours in our test at a pleasantly moderate volume and with deactivated ambient recording. Thus, the battery life should never stand in the way of extensive gaming sessions.

The range also looks good. We were able to use the headset without problems with the included dongle as well as via smartphone Bluetooth as long as we were in the same room with the playback device. A room change is also still okay, as long as there aren’t too many cabinets in between. This makes the LS50X’s range sufficient for gaming use and most phone call wandering without problems, and on par with many other Bluetooth headsets.

With regard to playback quality, the headset completely met our expectations: Playback via Bluetooth and through the jack is completely free of noise and very detailed. The bass kicks in from around 40 hertz and is powerful without crowding the rest of the sound image in our eyes. The LS50X also convinced us in the other frequency ranges: We find the headset very coherent in terms of sound, the sound is rich in detail and you usually feel like you’re in the middle of it. Whether the EQs offered by LucidSound are necessary is probably a matter of taste – but more choice can’t hurt.

When it comes to recording quality, you have the choice between an integrated microphone and an optional clip-on microphone. In principle, we can attest a good sound quality in both cases: The user’s voice is recorded clearly and without distortion, and the sound color is also suitable. However, this only applies when recording via the jack socket; the sound quality suffers noticeably when connected via Bluetooth. It is still possible to communicate, but we would have wished for more.

LucidSound has succeeded in creating a good headset with the LS50X. For the price of currently € 195.53 * [test time: 270 € or 250 US dollars at the manufacturer] you get a high-quality processed product with many features. The combined playback from two sources works well, the operation is intuitive, the battery life is good and the wearing comfort is excellent.

With regard to the scope of delivery, Headset provides the LS50X with various accessories, but sleeved connection cables and a Y-splitter would have given the headset the final touch. When the LS50X is used wirelessly, as it probably is most of the time, this is not a significant point of criticism.

Whether the LucidSound LS50X is suitable for you in the end depends on the features, because you pay for them. In our eyes, the headset is a good all-rounder that offers many interesting and well-implemented features both via Bluetooth and analog connection – apart from the Bluetooth recording quality. Those looking for a premium headset for (partially) wireless use can therefore grab it if they are not put off by the price.

An excellent headset with many features and moderate Bluetooth ADC. 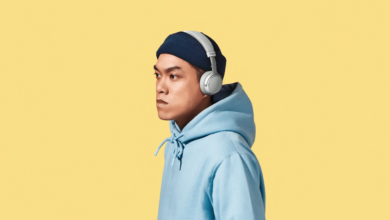 With the LS50X, the PowerA subsidiary LucidSound has a headset on offer that is aimed specifically at gamers and especially at Xbox gamers. Thanks to an included Bluetooth adapter, the headset can be used wirelessly on the PC and on the Xbox One as well as the Xbox Series S/X. Furthermore, LucidSound advertises the headset … (Weiterlesen...)