Apple has introduced the new iPhone 12. The iPhone comes on the market in four different versions, once as Pro version, as Mini, as Pro Max and the Standard version.

Common features that all models have

All four versions of the new Apple iPhone 12 have an OLED display. Up to now, this was only available for the Pro versions and the other models always had an IPS display. Now all devices use the Super Retina XDR display, which is responsible for HDR playback of Dolby Vision and HDR10. Black is displayed almost perfectly with OLED technology and it enables a contrast ratio of 1:2.000.000. For the automatic adjustment of the white point to the environment, the panels again support True Tone, in addition they also cover the larger P3 color space. Also the brightness is covered with 625 cd/m² and in the peak 1.200 cd/m² with HDR for the two iPhone 12. For the two iPhone 12 Pro the brightness is typically 800 cd/m² and also 1,200 cd/m² in the peak for HDR. With the new “Ceramic Shield” the displays are to be protected even better than before against unwanted damage. This is a result of the cooperation with the glass specialist Corning.

Inside the iPhone 12 works the latest chip from the Apple silicone family, the A14 Bionic. It is the first 5 nm chip for the mass market. It is manufactured at TSMC using the N5 process. With the new chip, the AI performance increases from 5 to now 11 trillion operations per second. The Hexacore CPU is formed by 11.8 billion transistors, which consist of four Icestorm and two Firestorm cores. The GPU is from own development with four cores. The chip is not connected to LPDDR5 as before but to LPDRR4X.

As usual, the iPhone 12 uses a second chip for all mobile communication and now also 5G. With this chip all current mobile phone standards are covered, i.e. 2G, 3G, 4G and now also 5G. 5G is only activated by Apple when it is necessary. Under good conditions, 5G enables significantly higher transfer rates than LTE. Because 5G quickly becomes a battery eater, Apple has created an intelligent data mode so that the smartphone only accesses 5G when larger transmissions take place. In other words, if LTE is fast enough, the smartphone remains with the older standard, simply to save energy. The smartphone’s antenna is the frame, which is divided by several lines.

Cameras have been properly reworked

The cameras of the four new iPhones have been properly redesigned. The split with triple cameras for the Pro model and dual cameras for the 12 model has remained. In this generation, there are also differences within the Pro series for the first time. The Pro Max has a 47 percent larger sensor for the main camera on the iPhone 12. It also has a telephoto lens with a stronger optical magnification. So the dual camera comes with a wide-angle and ultra-wide-angle lens on the 12 Mini and iPhone 12. According to Apple, the technical features of both cameras are the same. Really larger deviations are only present in the Pro. The Pro has a third lens as a telephoto lens with a focal length of 52 mm (35 mm equivalent) for a double optical magnification. For an optical zoom of up to 4x there is an ultra wide angle lens with 13 mm on board.

With the 3rd generation Smart HDR, the quality of images in low light conditions is further enhanced. The night mode has also been reworked on the iPhone 12 and is now also available for the front camera. Now the night mode is also available for video recordings. In contrast to the Pro, the iPhone Pro Max has a better main camera and also the telephoto lens of the Pro Max has a stronger optical magnification.

Compared to its predecessor with now 1.7 μm (edge length) pixels, the sensor has grown by 47 percent in area. For this purpose, Apple has installed a telephoto lens with 65 mm focal length according to 35 mm equivalent. This enables a magnification of 2.5 times the wide angle lens. The iPhone 12 Pro Max is the only one that uses optical image stabilization with sensor shift for the main camera, so the sensor also compensates for vibrations.

All versions of the iPhone 12 are available for video recording with the dynamic HDR standard Dolby Vision. Both the Pro and the Pro Max support Dolby Vision without restrictions in up to 4k with up to 60 FPS. The two smaller models, the Mini and the iPhone 12, however, only support up to 4k at 30 FPS.

The iPhone 12 Mini has a 5.4-inch display. Next comes the iPhone 12 with 6.1 inch, followed by the iPhone Pro with also 6.1 inch, making it a little larger than its predecessor. Last but not least, the Pro Max comes with a 6.7 inch screen diagonal. Apple has also given the new iPhone models a new design. The side areas are flattened like they used to be on the iPhone 4. The cases of the iPhone 12 are either made of stainless steel or aluminum, whereas the stainless steel version is only available for the Pro and Pro Max. The IP68 protection is the same for all models, allowing the iPhone to be submerged in water up to six meters for up to 30 minutes. In addition, it also protects against the penetration of dust. The memory capacities remain the same as before for the mini and iPhone 12, ranging from 64 GB, 128 GB to 256 GB. The Pro and P ro Max start with 128 GB, 256 GB up to 512 GB.

As of today, the first pre-orders for the iPhone 12 and the Pro can already be made, and they are scheduled to go on sale next week. Unfortunately, the iPhone Mini and the new Pro Max are still a bit late, these two versions of the iPhone 12 can be pre-ordered from November 6th. They will also go on sale one week later, starting November 13th.

In terms of accessories it looks a bit lean, there will be no EarPods headphones and no power supply included. Only a Lightning cable to USB type C is included. But there are almost no wishes left open concerning the colors of the models, the iPhone Mini and iPhone 12 are available in blue, red, white, green and black. The Pro and also the Pro Max 12 are available in gold, silver, blue and graphite. 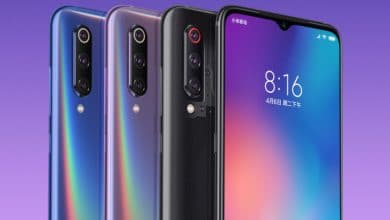 Gigaset GS370 Plus Review: The Fight Against Strong Competition

ZTE presents Axon 20 5G with camera below the display