A long time ago KIOXIA (formerly Toshiba Memory) released the TR200, which was designed as a successor to the previous entry-level models. As the cheapest model, it should appeal especially to people who want to upgrade their PC memory in an uncomplicated and low-cost way and make it faster. In order to make the favourable price possible, a DRAM cache was omitted, which represents a rather unconventional measure. But not only for this reason the TR200 is interesting. It is also KIOXIA’s first SSD with 3D NAND of the BiCS3 generation.

KIOXIA has been able to achieve a comparatively low price by dispensing with a DRAM cache, which makes the SSD interesting for beginners as well as for people who attach great importance to the financial aspect of their technical equipment. In addition, the elimination of the DRAM cache reduces power consumption compared to similar products equipped with DRAM cache, making the device more sustainable and less expensive to operate.

The DRAM is usually used for buffering the mapping table, in which it is stored where, i.e. in which areas of the NAND flash memory, data has been stored. If the DRAM is missing, no mapping table can be buffered there. This must then be distributed to the SRAM and to the NAND flash memory. Since the NAND memory is much slower than DRAM and SRAM, this type of storage is associated with performance losses. What sounds very abstract and uninteresting in theory is also noticeable in practice. Copying larger amounts of data takes comparatively long.

However, this does not mean that the TR200 is not suitable for everyday use. Normally, everything worked without any major problems. To be fair, however, it should be pointed out here that hardly any grandiose performance can be expected from an inexpensive entry-level model that is priced below most of its competitors’ products. The small weaknesses were thus quite expectable. 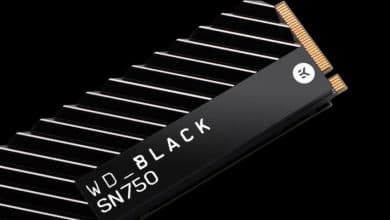