Sony‘s efforts in the field of mobility culminate in a surprise at the CES 2020. The Japanese manufacturer has now introduced the concept car “Vision-S”. It is an electric concept car designed to showcase the many different strengths of the Japanese technology group, from entertainment products to camera sensors and more. The first prototype vehicle is currently being presented at the Sony stand at the Las Vegas show.

A huge number of sensors and 360 degree detection

In fact, the Vision-S has 33 different sensors inside and outside the vehicle. These include high-resolution, HDR-compatible CMOS image sensors for road scanning, object and colour detection, solid state LiDAR for day and night vision and object detection, and radar sensors for relative speed detection and distance measurement.

Then there are Time of Flight (ToF) sensors embedded in the interior, which can detect and identify people and objects inside and outside the vehicle. All these sensors and technologies together create what Sony calls its “Safety Cocoon Concept”. This should be able to detect every angle around the car. As always, the car’s autonomous driving capabilities are set at level 2. This means that the system can take full control of acceleration, braking and steering. However, the driver must still monitor the car’s reactions in case the system fails.

Displays where the eye is looking

Several widescreen displays are also installed inside the vehicle. The Vision-S has 360° audio and constantly active connectivity. However, some parts of it come from industrial companies like BlackBerry and Bosch. The car is also powered by a “redesigned EV platform”, apparently developed by automotive supplier Magna. This would also power other types of vehicles, such as SUVs.

The exterior of the car was strongly inspired by Porsche design, especially around the headlights. And in the side profile it resembles a bit the Lucid Motors Air. Inside, the Vision-S has a dashboard-wide display, similar to the one that the Chinese EV-Startup Byton installs in its cars. And there are screens in the headrests of the front passengers.

Only a few details known

“This prototype embodies our contribution to the future of mobility,” said Sony CEO Kenichiro Yoshida. The company announced the car at the end of its CES press conference. At the press conference, the logo for the upcoming PlayStation 5 was also briefly unveiled (the number at “PS4” was simply replaced by a five). Unfortunately Sony didn’t talk about the Vision-S car any longer, so that in the end tons of questions remain unanswered. But the most important one is probably: Does the company really intend to put the car into production, or is it only intended as a reference car? 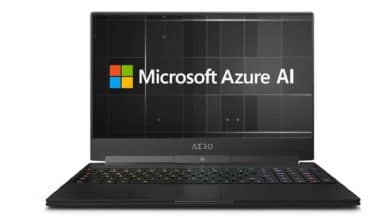