Xiaomi has introduced a truly revolutionary television set. However, it is not the OLED technology, which is becoming increasingly popular, that is leading the way. It is rather the fact that the television is transparent. What looks like a TV set from a science fiction movie is expected to be available soon.

The manufacturer used the event surrounding Xiaomi’s 10-year company anniversary as an opportunity to make some exciting announcements. For example, they presented the Mi 10 Ultra, which could become a real competition for Huawei, Samsung and Apple. But we know that the Chinese can make smartphones. More exciting is another product. For example, the company presented a television that looks like a concept. But Xiaomi is not tinkering with products that are to be launched in several years. The Mi TV Lux can already be pre-ordered now. The most striking feature of the television is probably the transparent panel.

How does it work?

The effect of the futuristic television is really impressive. But how does Xiaomi achieve the transparent design? According to the manufacturer, the device was equipped with a so-called alpha channel. This allows media or even the user interface to float freely in space – apparently at least. Of course, the transparency is only optional and only visible in the just mentioned alpha channel. Consequently, you probably don’t have to worry about having to look through the TV when enjoying the film.

With the Mi TV Lux, Xiaomi naturally relies on a wafer-thin screen edge. Otherwise, the transparency effect wouldn’t be nearly as effective. The panel is given stability by a solid base. This not only accommodates the TV’s electronics, but also offers audio enjoyment. Dolby Atmos support is also a welcome feature here. The panel is also technically impressive – at least on paper. The OLED TV has a size of 55 inches, which should be enough for many users. With a refresh rate of 120 Hz, razor-sharp picture sequences should be possible. The already high frame rate is supported by MEMC. Response times of just 1 ms make the design TV even interesting for gamers. Those who like unobtrusive TVs will be pleased with the typical OLED wafer-thin panel, which measures just 5.7 mm. Only the missing 4K support looks a bit disappointing in view of the futuristic exterior. The Mi TV Lux only supports Full HD (1920 x 1080 pixels). However, many prospective buyers will certainly accept this due to the unique design.

Xiaomi uses its own operating system for the Mi TV Lux. The MIUI for TV is obviously based on Android. But the Chinese manufacturer had to make a few adjustments to make the concept with the transparent TV work. In order to guarantee a smooth “running” of the operating system, the OLED has an ARM Cortex A73 processor as its core. The quad-core processor promises high performance. In return, a Mali G52 GPU should guarantee a clean display. The hardware components are supported by 3 GB RAM memory. The TV also offers an integrated flash memory with 32 GB of storage space. The matching connectors should also be on board. Thus, the Mi TV Lux offers three HDMI 2.0 ports. The fact that the manufacturer doesn’t rely on HDMI 2.1 here is not sobering. After all, it doesn’t support 4K anyway.

Although the television looks like a device from the future, you can already pre-order it – at least in China. It is said to cost 50,000 Yuan (the equivalent of about 6133 Euro). From August 26th it will be delivered to the first happy pre-orderers. If and when the luxury TV will be available in our regions remains to be seen. 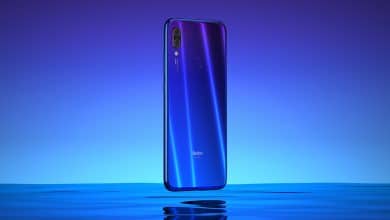