What is already common practice in other parts of the world is still an exception in the European Union. We are talking about facial recognition. If the Commission and the member states of the community of states have their way, this is to end now. They have agreed to expand facial recognition, in particular to facilitate the search for suspects. However, the EU Parliament does not yet want to give the green light.

“Big Brother is watching you” – This quote from the book “1984” by George Orwell is already a sad reality in countries like China. For the inhabitants of the People’s Republic, being watched at all times and almost everywhere is part of everyday life. For the population of the European Union, on the other hand, this state of affairs is like a dystopia. After all, experience has shown that we enjoy a high level of data and privacy protection in our own countries. But these rights need to be weighed up. In addition to the EU Commission, many member states of the community of states are now of this opinion. The two sides have agreed that biometric recognition systems should be used in the future to fight crime. These should then facilitate the search for criminals.

The plan was decided at a meeting of the Council of Ministers on December 6, 2022. However, this is by no means a draft law or even a regulation. Rather, there is now a negotiating position in the room, which must be agreed with the European Parliament in the next stage. So far, however, the European Parliament has been strictly opposed to the extension of the existing surveillance measures. By the way, the traffic light coalition sees it differently in this country. Here, they agreed with the view of the Council of Ministers. This may come as a surprise to some people in view of the coalition agreement between the SPD, the Greens and the FDP. After all, they still agreed that biometric recognition should not be enshrined in European law.

Monitoring only in exceptional cases

Of course, the Council of Ministers has not now presented a proposal for general surveillance of the European population. Rather, the paper reveals that they want to allow biometric facial recognition in exceptional cases. This is primarily for the purpose of law enforcement. The severity of the crime was also specified. The maximum prison sentence must be at least three years to justify surveillance. Apart from criminal prosecution, video surveillance is also to be permitted in the event of a concrete danger to the life and limb of a person, among other things. In particular, the search for missing persons is covered by this.

Social scoring ban to be expanded

As part of so-called social scoring, people in China already earn points for their everyday lives. This facilitates the granting of loans, for example. Here, artificial intelligence ensures that the behavior of each individual person is analyzed. Factors such as regime loyalty then play a major role in the evaluation. What is particularly perfidious about this is that the origin of the person concerned can also be beneficial or disadvantageous in the allocation of points. This is to remain forbidden in Europe and even be regulated more strictly.

The question now is how the European Parliament will react to the proposals of the Council of Ministers. Data protectionists are already sounding the alarm. One of the best-known representatives from the EU Parliament is Patrick Breyer. The member of the Pirate Party warns of a “dystopian future of biometric mass surveillance.” And with this opinion he should probably not stand alone. That’s why the Council’s decision will be up for discussion. It is possible that Parliament, member states and the Commission will then come to a common denominator.

Microsoft: Purchase of Activision Blizzard could fail due to the EU 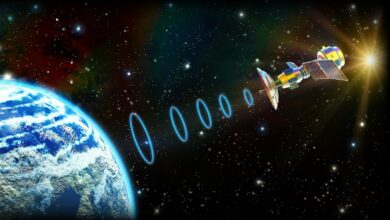 What is already common practice in other parts of the world is still an exception in the European Union. We are talking about facial recognition. If the Commission and the member states of the community of states have their way, this is to end now. They have agreed to expand facial recognition, in particular to … (Weiterlesen...)