Kioxia has introduced a new M.2 SSD series with PCIe 4.0 support for OEMs, offering up to 4 terabytes of memory.

Successor of the XG6 series

The new XG7 series is the successor of the XG6 series, which still worked with PCIe 3.0 x4. The XG7 now works with PCIe 4.0 x4 and NVMe 1.4. The form factor is M.2-2280 and thus with a module length of 80 mm. There are the XG7 with 256 GB, 512 GB and up to 1 TB and the XG7-P is the model with 2 TB and 4 TB. The XG7 can read twice as fast and write about 1.6 times as fast as its predecessor. This brings the XG7 to 6.4 GB/s when reading and 4.7 GB/s when writing. The XG6 reaches values of 3.18 GB/s when reading and 2.96 GB/s when writing. The figures are the peak performance achievable in benchmarks for sequential transfer. Up to now, there are no data available on the optional read and write performance specified in IOPS.

If you compare the data of the Kioxia XG7 with the PM9A1, the Samsung SSD with 7 GB/s read and 5.2 GB/s write has more on the box. The controller used in the XG7 series is brand new according to the manufacturer’s specifications. It offers NVMe 1.4 support and unspecified 3D NAND (“BiCS Flash”), both from the manufacturer Kioxia. Furthermore, the security standards TCG Pyrite 2.01 and TCG Opal SSC 2.01 are supported. Already next year, the manufacturer Kioxia plans to equip the first notebooks and desktop PCs with the brand new SSD. At present only AMD offers a desktop platform with PCIe 4.0. For notebooks it is so far only Intel with Tiger Lake. In the coming year, more platforms with the PCIe 4.0 standard are to follow.

Sales of the new Kioxia XG7 series are scheduled to begin in 2021. The manufacturer has not yet announced exact availability and prices. But Kioxia will release the new XG7 and XG7-P sooner rather than later. 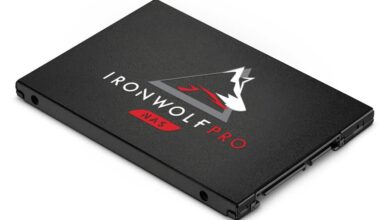 Marvell Bravera SC5: PCIe 5.0 controller to enable up to 14 GB/s