For a price of under 70 euros, manufacturer SuperEQ offers an interesting over-ear headphone with the S1, which wants to score with Bluetooth 5.0, active noise cancellation (ANC) and rich sound. Whether these promises can be kept, clarifies our test of the SuperEQ S1.

Just by looking at the original packaging of the SuperEQ S1, many parallels to the OneOdio Fusion A70 headphones we recently reviewed become obvious. In fact, SuperEQ is a brand of OneOdio. The S1s come in a white box complete with mint green details, which is obviously meant to appeal to a younger demographic rather than the premium look of the Fusion A70s.

This impression is also confirmed by the design of the over-ear headphones, but more on that in a moment. At least the scope of delivery is respectable, because in addition to the headphones and their leatherette carrying case, the box also contains an airplane adapter, a 3.5 mm jack cable (length: 1.25 m), and a micro USB charging cable (length: a paltry 24 cm).

The SuperEQ S1 is predominantly finished in matte black, while the earcups feature a manufacturer logo offset in white and a silver metal ring. The inside of the headband is padded with a red foam. It is obvious that the popular Beats headphones were the inspiration for the S1’s design.

Nevertheless: The build quality is completely acceptable, and the headphones leave a very high-quality impression. However, the headphones clatter quite a bit when you move them, and the plastic earpieces are too slippery for fine adjustment. However, you won’t notice this once the headphones rest over your ears.

Surprisingly, the wearing comfort leaves a really good impression – at least if you have small ears. The oval leatherette ear pads turn out relatively small with an inner dimension of 5.5 x 4 cm and are almost reminiscent of on-ear headphones. Since I have quite small ears myself, this doesn’t really bother me – for me, the feeling when wearing them is quite pleasant. However, the ear cups will probably press uncomfortably quickly in larger ears. At least the soft ear cushions feel very comfortable. In combination with the relatively low weight of around 283 grams, the wearing comfort is completely acceptable, even during several hours of use.

The SuperEQ S1 are controlled exclusively via elements on the side or underside of the right ear cup. A total of four buttons are found here, whose positioning initially takes a bit of getting used to. It takes a while to feel all the buttons, but this works out quite well due to the raised elements.

On the bottom, SuperEQ installs the button for switching between active noise cancellation and transparency mode (called “Ambient Sound” here). Above that, on the side, there are a total of three buttons that can be used to adjust the volume of the media being played back and to turn on the headphones. In addition, the center button puts the S1 into Bluetooth pairing mode or pauses playback. The operation is not quite as intuitive as other mid-range headphones, but is completely fine.

The SuperEQ S1 can be connected to almost all common audio sources using the included jack cable. Alternatively, the pairing is done via Bluetooth 5.0, but then only the codecs SBC and AAC are supported. At least multipoint support is offered, so the headphones can be paired with two Bluetooth devices at the same time. Switching between the devices takes about three seconds.

The Bluetooth range of around 10 meters is also perfectly acceptable, and there is generally nothing negative to report in terms of the connection’s stability. Even through thick walls, the connection remained constant in our test.

The battery life of the S1 over-ear headphones is a positive surprise. Even with noise cancellation activated, we achieve an excellent 40 hours of music playback in Bluetooth mode. If we deactivate the ANC function or fall back on the jack (with active ANC), we even end up with an impressive 50 hours. The micro-USB charging port is located on the right ear cup, which can be used to fully recharge the headphones in around 2 hours.

Similar to the OneOdio Fusion A70s we last tested, the SuperEQ S1s also place a strong emphasis on bass. However, the general sound image turns out considerably spongier and less clear in a direct comparison. Voices in the midrange are pushed into the background by the excessive bass, while the trebles in particular are completely lost.

Even worse: Even at a volume of around 80%, the trebles of electro music sometimes boom so much that an unpleasant feeling arises. During the intro of the Deadmau5 song “Some Chords”, we had to turn down the volume considerably because the feeling on the head was simply unbearable. However, when the bass kicks in, at least a not too demanding clientele, which is exclusively at home in the electro area, definitely enjoys it.

However, the S1s are completely overwhelmed by the complex sound of Queen’s “Don’t stop me now”. Freddie Mercury’s voice lacks all dynamics, while the accompanying piano is lost somewhere in the sound mush.

What the SuperEQ S1s have over the Fusion A70s, however, is an ANC function. This goes, in view of the price, quite alright. While low tones are filtered out relatively reliably, the noise suppression quickly reaches its limits at higher frequencies. In addition, the background noise is always perceptible, both of which mid-range headphones in the same price segment manage much better.

The transparency mode can be activated to let external noise enter the ear cups, for example to better perceive announcements on the train track. This works quite well, although the reproduction of voices is very distorted and conversations are therefore hardly understandable. In the end, SuperEQ would have been better off without the ANC function instead of installing such a mediocre solution.

By the way, a microphone for making phone calls is also provided. However, you should refrain from using it due to the below-average quality (also because of a missing microphone boom).

The inexpensive SuperEQ S1 convince in the test with a good build quality, a chic design and a really excellent battery life. However, that’s where the positive features almost end, unfortunately. The sound quality is on a mediocre level, and the good bass playback is bought by spongy mids and barely present trebles.

The ANC function and the integrated microphone are also nice-to-have, but hardly useful in practice due to the given quality. Unfortunately, this is not enough for the price of around 70 Euros. Other headphones offer a much more coherent overall package for considerably less money.

Well-made and chic over-ear headphones with a long battery life that cannot fully convince in terms of sound, though. 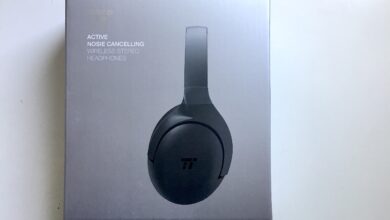 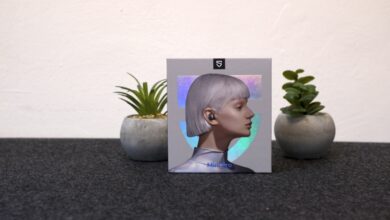 For a price of under 70 euros, manufacturer SuperEQ offers an interesting over-ear headphone with the S1, which wants to score with Bluetooth 5.0, active noise cancellation (ANC) and rich sound. Whether these promises can be kept, clarifies our test of the SuperEQ S1. Technical data Bluetooth version 5.0 Maximum operating range 10m (without obstacle) … (Weiterlesen...)