In the course of the open alpha I had the opportunity to get an insight into the game “GTFO” (Get The Fuck Out) and was positively surprised.

GTFO is a first-person shooter survival horror cooperation game from the Swedish developer 10 Chambers Collective. The majority of the developers previously worked on the Pay Day series and thus have enough experience for a cooperation game like GTFO, which you can clearly see in the course of the game. Similar to Pay Day, you can play GTFO with up to four friends, all of whom play a different role. This not only makes the game more tactical, but also brings a certain dynamism to the game.

A Little Bit of Story

In GTFO, you play as one of four captured scavengers, all trapped in an underground complex. They are held there against their will by an entity called “The Warden”. The Scavengers are forced every day to complete various targets and tasks in the complex. They are allowed to keep everything they find within a complex.

The gameplay of GTFO can be described in only one word: Hardcore. Opponents deal well and there is always a shortage of ammunition. Fortunately, you always have a sledgehammer with which you can not only quietly, but also very effectively put enemies out of action. If it didn’t work out so well with being quiet, you can simply grab your weapon and defend yourself.

Before each mission you have the possibility to equip your character properly. You should make sure that everyone has different tools. The tools include an automatic cannon, a minelayer, a kind of foam that reinforces doors or slows down enemies, and the bio tracker that shows enemies in the next corridor.

When you are ready, you start in a kind of elevator that shows you how deep underground this complex is. The mission goal is initially difficult to understand. Only after some time did I find out that we have to search for key cards to open locked doors. Which key card to look for is always different and where to find it was random. But the door was always in the same place.

To find out the name of the key card, you have to go to the door that needs it. If you have the name of the key card, you have to search for terminals. There you can list in which zone the key card is located. On the way there you will meet small as well as big opponents. Most of them “sleep”, which is why it was always best for us to move quietly. If you are about to make a mistake, you will hear the loud heartbeat of your opponents. Then you have the possibility to wait until the situation has calmed down again.

Should you make a mistake, you don’t just wake one opponent, you wake everyone in the room. Usually there are about five to nine of them, which distribute well, but also die quickly. Unless there is a “Screamer” in the room. This creature not only screams loudly, but also makes hordes of enemies appear.

But once you’ve survived everything and found the key card, you can make your way back and open the door. When you open the door, an alarm is triggered, which attracts enemies, similar to the “Screamer”. Here it is important to mine and strengthen all doors before and to create a kind of “backup”-point with the help of the automatic gun.

Once you have passed the first door, you have to follow the same procedure again. Only with another door and another key card. If you manage to defend yourself again, you only have to survive and find the exit. 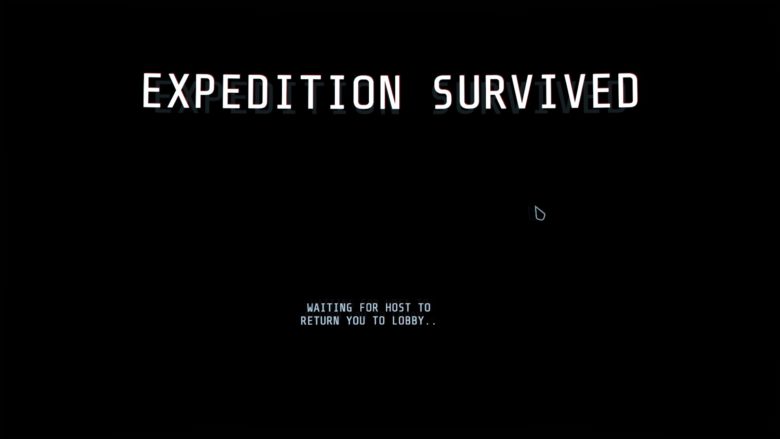 Even though GTFO may not sound very exciting to some, I had a lot of fun with the game within Alpha.

The excitement to see the end was great and since enemies as well as mission relevant items were randomly generated, it didn’t get boring. The different weapons and tools make GTFO very tactical and especially when you play together with friends you have a lot of fun. And if you manage to get to the end after several hours and attempts, the game gives you a very satisfying feeling.

Even after reaching the end, I put a few hours into the Alpha and discovered new ways. The big attraction of GTFO is clearly the “Trial and Error” principle. If you like this, you should keep an eye on GTFO. The game will be released as Early Access title on Steam in 2019. The price is not fixed yet.